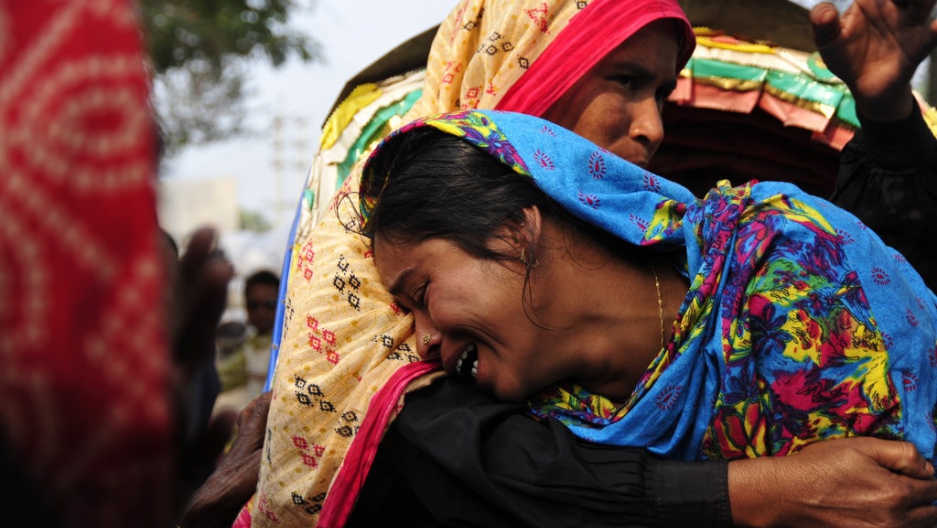 A woman cries at the Hamim Group garment factory at Ashulia on December 15, 2010 as her husband died during the fire accident. A raging fire on December 14, 2010 tore through the huge Bangladeshi garment factory that makes clothes for Western companies, killing 29 workers and injuring 100 more.
Credit: Munir Uz Zaman
Share

It's the power of television.

Before ABC even aired its report on Tommy Hilfiger's continuing operations at a Bangladeshi factory where 29 workers died in a fire last year after being trapped without fire escapes or sprinklers, Hilfiger has struck a deal.

PVH (formerly Phillips-Van Heusen) is publicly traded with a $6 billion market capitalization and owns brands like Calvin Klein, Nautica, Kenneth Cole and Timberland. Labor rights groups in Bangladesh had contacted ABC in February after reaching an impasse with PVH as they tried to improve working conditions.

"Just in recent weeks, three workers were killed at two separate factories producing clothing for Tommy Hilfiger," said Scott Nova, executive director of the Worker Rights Consortium, one of several labor groups that has been pushing for higher safety standards in Bangladesh. "They say they're trying to improve conditions. They say they care about the rights of workers. They say they're committed to preventing fires and other tragedies in places like Bangladesh. But when it comes to putting their money where their mouth is, they don't do it."

PVH is now putting up the money and working to restore its image while continuing its operations in Bangladesh.

“We wish to commend Clean Clothes Campaign, Worker Rights Consortium, The International Labor Rights Forum, Maquila Solidarity Network and the international and Bangladeshi unions for their commitment and insight in helping to create this landmark agreement," said PVH CEO Emanuel Chirico in the press release.

These advocacy groups claim they have encountered resistance both from corporations operating in Bangladesh and the Bangladeshi government itself, which has allegedly arrested and charged rights advocates pushing for a higher minimum wage for garment workers. Thousands of workers rioted in the capital Dhaka in 2010 after a government wage increase — to the equivalent of $43 a month — fell far short of demands.

Meanwhile Bangladesh has positioned itself as a cheaper alternative to China for companies' manufacturing needs, in large part by maintaining the lowest garment worker wages in the world. As the New York Times reported, all it takes is a bump in worker wages for apparel companies to take their business elsewhere — like Vietnam.

The ABC special airs Wednesday evening on "World News With Diane Sawyer" at 6:30 ET and on "Nightline" at 11:35 ET.

More from GlobalPost: China: No longer the factory of the world?