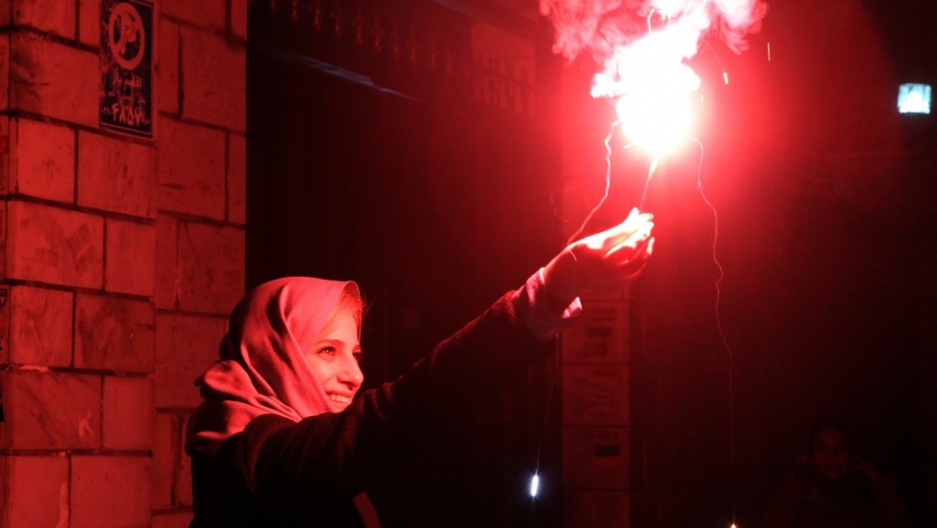 An Iranian woman holds a firecracker in Tehran on March 13, 2012 before the Spring holiday of Nowruz. While Nowruz is often a time for Iranians to travel abroad, this year economic sanctions, a devalued currency and international tensions are keeping them home.
Credit: Atta Kenare
Share

TEHRAN, Iran — In Iran around now, people are usually looking forward to the glistening beaches of Southeast Asia or the thumping dance clubs of Istanbul.

But this year? Not so much.

Many Iranians, under financial pressure from international economic sanctions and a rapidly devaluing currency, simply can’t afford it anymore, bringing a sudden end to what had been a meteoric rise in the country’s outbound tourism industry over the last decade.

On Tuesday in Iran began Nowruz, a two-week holiday celebrating the Persian New Year. It’s traditionally a time reserved for vacation, when tour companies make big money sending Iranians all over the world.

This year, though, those tour companies are going to feel the hurt. At Iran’s annual travel expo in Tehran in February, signs that this year would be tough were already becoming clear.

More from GlobalPost: Has Israel's war with Iran already begun?

Glossy brochures with photos of far-flung destinations — from the beaches of Thailand and Bali to the hills of medieval Europe — lined long tables staffed by made-up young women. The exhibition is the Islamic Republic’s answer to a luxury auto show. But for this year’s expo, few people showed up.

“We’re expecting 50 percent fewer travelers for our New Year packages compared to last year,” said Abbas Davoodi, the owner of Persia Safar, a travel agency specializing in tours to Italy. “Before, many middle class families as well as wealthy ones could afford these trips. This year only people who don’t have any money constraints will travel to Europe.”

All sectors of the Iranian economy are being hammered these days. The international sanctions, levied against Iran by nations concerned about the intentions of its nuclear program, prohibit Iran from completing international transactions. That is contributing to the devaluation of the rial and wreaking havoc on a country that is heavily reliant on foreign goods and services.

No sector more clearly represents this confluence of trying circumstances than international travel. Week long trips to neighboring Turkey, for example, are 90 percent more expensive than the year before for Iranians paying in their own currency.

Amir Gholamali, general manager of Pars Tour in Tehran, said most of his colleagues had no idea how they were going to fill flights that were chartered months in advance. He said that many local operators were avoiding making deposits for rooms in foreign hotels, fearing they wouldn’t be able to sell their tours.

Making the problem even worse are strained international relations. The February bombings in Bangkok, Thailand’s capital, for instance, were widely blamed on Iran. Thailand had long been a popular destination for Iranian tourists. But now Thai authorities are reviewing the country’s relaxed visa policy for Iranians.

“Two years ago I went to South Africa. Last year I went to Antalya, Turkey,” said Homa, a 32-year-old marketing manager from Tehran. “But this year I’ll be lucky if I can afford to go to the Caspian coast.”

The Caspian coast is the preferred domestic destination and Iranian officials, for their part, hope they do go there. The more money that is spent inside the country, they say, the better.

There are an estimated 100,000 outbound seats available for Iran’s peak travel season. With such a large volume of Iranians possibly traveling abroad in such a compact period, officials have been concerned about what could amount to a multi-billion dollar flight of hard currency at such a sensitive time.

Reza Mousavi, the former deputy chief of Iran’s national tourism organization, told local media earlier this year that it was essential to try and encourage Iranians to travel domestically rather than abroad.

“If officials can develop recreational facilities and markets inside the country people will spend their money domestically rather than taking it abroad,” he told the state-run Fars News Agency.

In the meantime, though, many Iranians who would normally be traveling somewhere exotic are spending their holidays at home, where, adding insult to injury, unseasonably cold weather is keeping them inside.

“It looks to me that the golden age of international travel for Iranians is over,” said Mehdi, the tour operator.