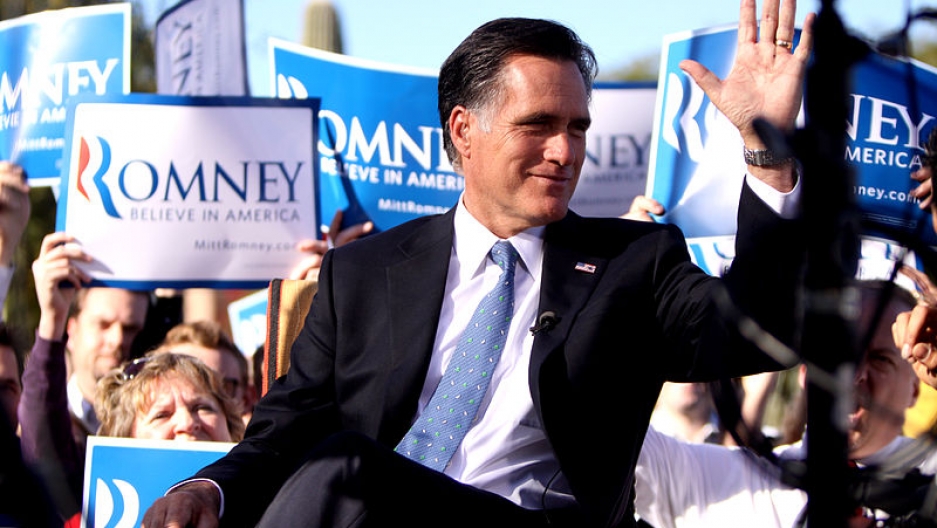 Ron Paul came in third with 9.3 percent and Newt Gingrich came in fourth with 8 percent. Romney had been widely expected to win, and win convincingly, thought political pundits Wednesday morning were saying Romney had failed to deliver the knock-out blow. All four candidates have indicated they will soldier on.

Reince Priebus, the chairman of the Republican National Committee, speaking on MSNBC Wednesday morning, said there was no reason to think the campaign would end before March ended. He pointed, though, to the great number of winner-take-all primaries in April as the turning point for the race.

According to The New York Times, Romney wasted little time on his Republican candidates in his victory speech. He immediately turned his focus to Obama.

“It’s time to say this word: enough. We’ve had enough,” Romney said, according to the Times. “We know our future’s brighter than these troubled times. We still believe in America, and we deserve a president who believes in us, and I believe in the American people.”

The election now moves on to a primary in Louisiana on Saturday before heading to Wisconsin, Washington, D.C., and Maryland in two weeks. Wisconsin is widely being viewed as a litmus test of Santorum's continued viability. The state is somewhere between states Santorum has won, like Iowa and Minnesota, and states that Romney has carried, like Michigan and Illinois.

If Santorum is to remain viable, pundits said, Santorum will need to win in Wisconsin on April 3 and then take his home state of Pennsylvania three weeks later on April 24.