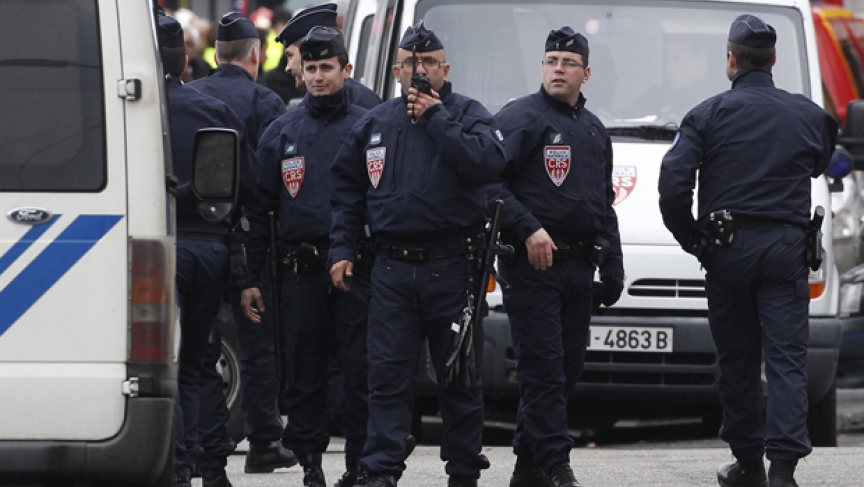 French CRS police block a street during a raid on a house to arrest suspects in the killings of three children and a rabbi on Monday at a Jewish school, in Toulouse. (Photo: REUTERS/Jean-Paul Pelissier

Share
The Frenchman suspected of a spate of shootings in the Toulouse area planned more killings, prosecutors have said. Anti-terror chief Francois Molins said the suspect, named as Mohammed Merah, 23, of Algerian descent, intended to kill a soldier and two police officers. Merah, who says he was trained by al-Qaeda, is suspected of murdering three soldiers and four Jewish people. Molins told reporters that Merah said he had acted alone, expressed no regrets, and boasted about having brought "France to its knees." Police have surrounded his apartment and are trying to persuade him to surrender. He is said to be heavily armed. Earlier reports said he had been captured, but officials later rebuffed the claims. The suspect has said he belonged to al-Qaeda and acted to "avenge Palestinian children". He had apparently spent time in Pakistan and Afghanistan, where he was jailed for three years for planting bombs. The prison director in Kandahar, southern Afghanistan, Gulam Farooq, told the BBC that Merah was arrested in 2007, but escaped in a Taliban-led break-out in 2008. President Nicolas Sarkozy has attended a memorial at a military base in nearby Montauban for the three murdered soldiers. Sarkozy said that although the paratroopers would have been prepared to die in battle, their death was "a terrorist execution." Lisa Mullins talks with Chris Bockman who reports for the BBC from France (Broadcast at 4pm EDT).