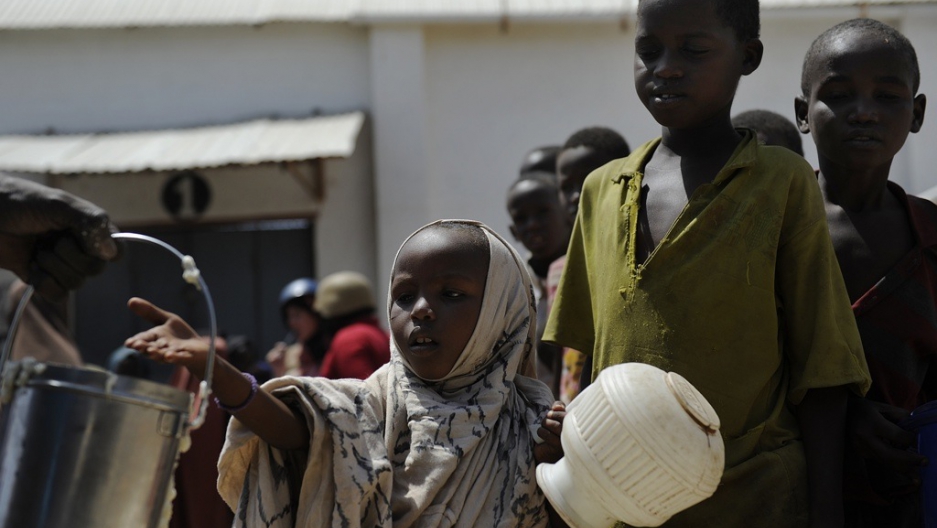 Displaced Somali children wait in line for food aid rations on January 19, 2012 at a UN distribution center in the capital Mogadishu. A new report by Transparency International warns that direct deliveries of food are prone to corruption.
Credit: Tony Karumba
Share

NAIROBI, Kenya — The corruption watchdog Transparency International today published a report looking at the humanitarian response to the 2011 drought that afflicted Kenya and much of the rest of East Africa and the Horn of Africa, turning into a famine in Somalia.

The "Food Assistance Integrity Study" focussed on the distribution of food to needy people in Kenya and looks for ways to root corruption out of the system.

Simply delivering food itself was found to be the "riskiest, in terms of ensuring an effective, efficient, accountable and transparent response," said the report.

Other more innovative forms of helping people survive drought such as cash transfers and food voucher programs were found to be less prone to corruption.

The study also found a surprising lack of coordination to the extent that there was "relatively weak understanding as to 'who is doing what and where' in food assistance" and challenged the government, the World Food Program, aid agencies and donor governments to work together.

Kenya is not an isolated case. A recent investigation into food distribution in Mogadishu by the Associated Press found that even as tens of thousands of people were starving to death in Somalia last year unscrupulous politicians and contractors were stealing food meant to save lives, while there was inadequate oversight from WFP officials.