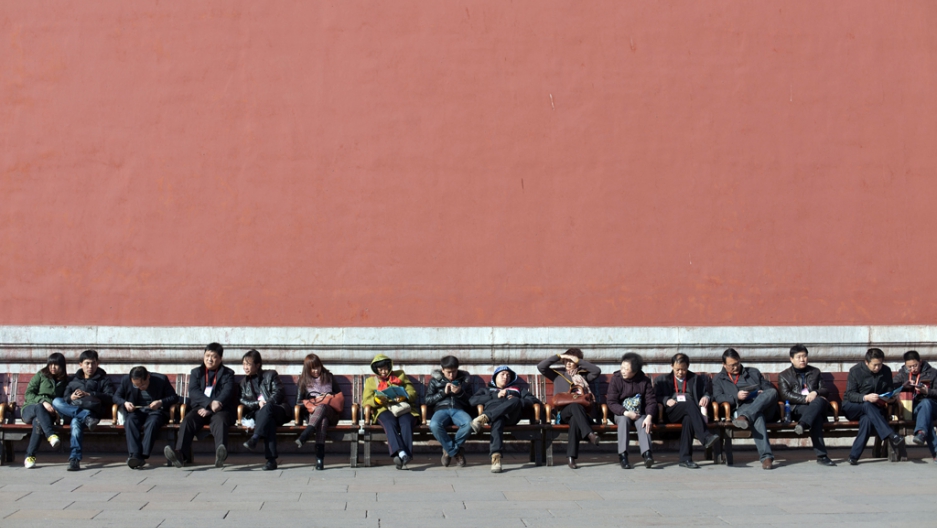 People sit in the sunshine against a wall of the Forbidden City in Beijing on March 11, 2012.
Credit: Ed Jones
Share

HONG KONG, China — When China announced that it had recorded a $31.5 billion trade deficit in February, many speculated that the world’s second-biggest economy was losing steam.

Some took the trade deficit — the largest one since 1989 — as a harbinger of faster export slowdown. Exports form a large part of China’s gross domestic product, the theory goes, so once it drops, the country is in for trouble.

But some analysts say the negative trade balance and the likely export slowdown are not as troubling as they might seem.

For starters, one monthly trade deficit doesn't necessarily mean another is on the way. And even if exports slow down for a spell, that doesn't directly indicate anything about growth, or the lack thereof.

At this stage in China's development, investment is the key driver, said Damien Ma, an analyst at Eurasia Group, a global political-risk research organization.

“China can finally push away from the export model, which it has wanted to do for a long time,” he said. “China does not want to be the factory of the world forever.”

More from GlobalPost: China at a crossroads, upshot from the Party Congress

China's announcement on March 10 was indeed dramatic. The February trade deficit represented $146 billion in imports — a 40 percent jump year-on-year — and $114 billion in exports.

China logged a monthly deficit on only two other occasions since July 2005, the earliest month for which the administration of customs provides figures online. Those occurred in February 2011 and March 2010, when imports outperformed exports by $7.3 billion and $7.2 billion, respectively.

The deficit stoked fears that the leadership would backtrack on letting the yuan appreciate and that friction would increase with the United States, where a bill intended to penalize China for its currency policies passed the Senate in October.

But experts warned against putting too much weight on figures at the beginning of the year.

The Lunar New Year holiday, when the country comes to a standstill, can fall in January or February and skew the view. Taking the two months together helps dilute its effect. The cumulative deficit for January and February this year totaled $4.21 billion, compared to a deficit of $890 million in the same period last year.

“You had two, three weeks of Lunar New Year with very little economic activity,” Ma said. “Seasonally, the first two months of the first quarter are distorted… Once we see [the entire] first quarter, we will have a better idea.”

Frank Song, a professor and director of the University of Hong Kong’s Centre for China Financial Research, said February’s foray into the negative did not necessarily signal China was headed for more trade deficits.

However, he and others agreed export growth was in for a prolonged period of deceleration.

Banny Lam, an economist at CCB International Securities, predicted annual growth would slow to 5 percent to 10 percent for the next three years. That is compared to the government’s records of a 20 percent growth last year and 31 percent in 2010.

That seems troubling because exports are often thought to dominate China’s GDP growth. The value of exports equaled one-quarter that of China’s GDP last year, according to figures Lam provided.

But a closer inspection suggests otherwise. Last year, 35.8 percent of China’s foreign trade was dedicated to processing imports and re-exporting them. Some say the trade surplus – the value of exports minus imports – provides a clearer picture.

That figure made up 2.1 percent of GDP last year, according to Lam. It has accounted for well below 10 percent of GDP in recent years and has been falling.

Song said exports were not as important to growth as before.

One reason slower export growth might not be a bad thing is that the population is expanding at a slower pace.

According to a recent census, China’s population grew an average 0.57 percent per year from 2000 to 2010, half the annual rate in the preceding decade. The proportion of people aged 14 and under, the future workforce, dropped 6.29 percent over the same period. What’s more, Ma said migrant laborers who worked in the coastal areas were not always returning now, preferring to stay home.

“The supply of labor is slowing down,” said Li Hongbin, an economics professor at Tsinghua University’s school of economics and management.

Going forward, the government will continue moving away from an emphasis on headline growth.

Beijing said it was cutting its GDP growth target to 7.5 percent from 8 percent, its goal for the past seven years. The 12th five-year plan, unveiled this month, focuses on encouraging domestic consumption and expanding the GDP contribution of seven priority industries including biotechnology, and high-end equipment manufacturing, amongst other goals. Lam said the country was trying to move away from original equipment manufacture, and up the value chain.

Song said that while there was concern of instability due to job losses in the 2008 financial crisis, when exports were severely hit, the structural changes in China’s economy meant that this was now less of a concern.

As for halting yuan appreciation, Lam said that would be unlikely since the Chinese government wanted to promote its internationalization. Li said the renminbi was almost at par with market value and that there was no economic reason to speed up its appreciation.