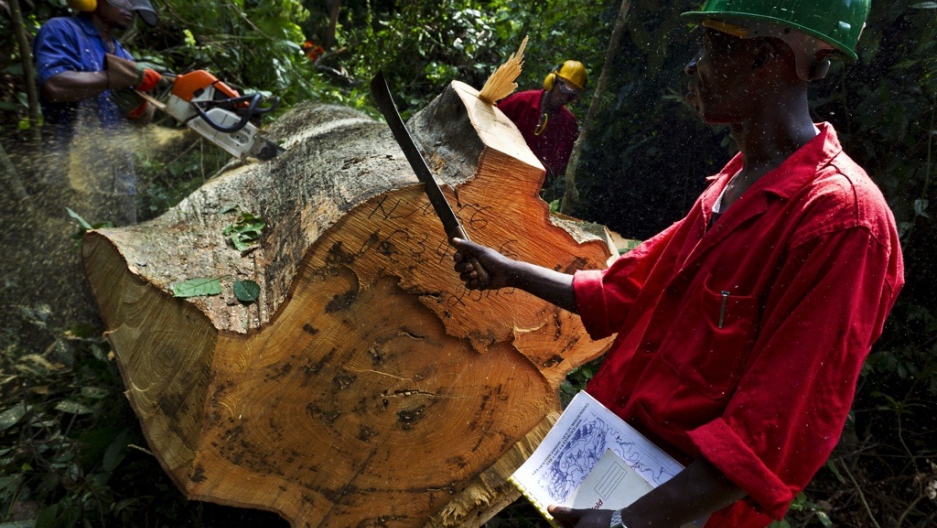 Sustainable logging being carried out in the natural forest around the Alpicam logging concession in the Kika region of Cameroon, June 8, 2010. This is a sustainable logging project but a great deal of Africa's forests are being stripped by illegal logging, according to a new report by the World Bank.
Credit: Brent Stirton
Share

NAIROBI, Kenya — "Every two seconds, an area of forest the size of a football field is clear-cut by illegal loggers around the globe," says a new report from the World Bank titled "Justice for Forests."

The World Bank estimates that illegal logging is worth $10 billion to $15 billion a year to the trans-national criminal gangs and syndicates involved worldwide. Much of these proceeds are spent on bribes thereby corrupting and subverting often already-weak regulatory systems and governance. In some countries illegal logging accounts for a staggering 90 percent of all logging.

“We need to fight organized crime in illegal logging the way we go after gangsters selling drugs or racketeering,” said the World Bank's Jean Pesme in a call to arms to governments and law enforcement agencies.

Some of the countries worst-affected by illegal logging are in Africa contributing to the deforestation of the continent.