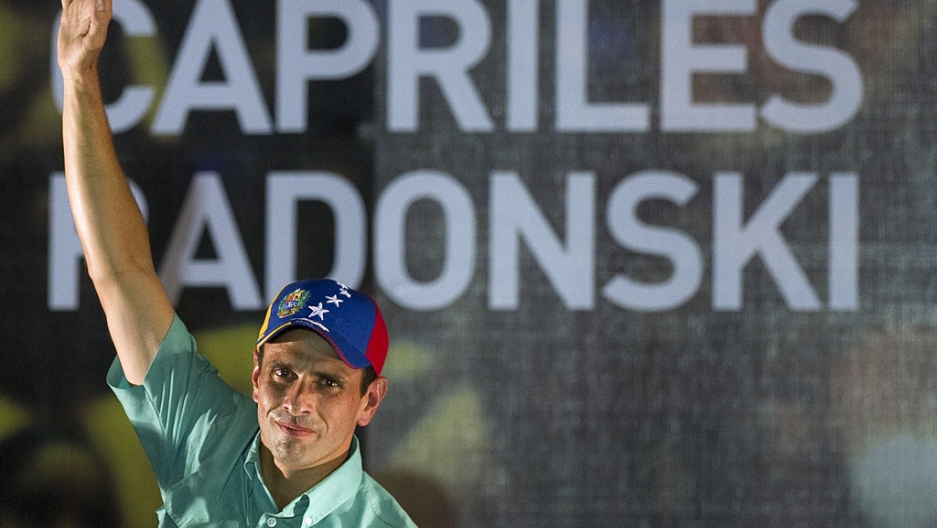 The news comes just weeks after a shooting at one of Capriles' campaign rallies and is another sign of the difficult campaign battle in the months ahead of October's presidential election.

Chavez said that the director of the country's national intelligence agency had met with Capriles' team, adding that the government had offered to provide security.

"As a government, we're obliged to get involved in this situation and provide protection to any Venezuelan," Chávez said, "above all in this context."

The attack earlier this month, in which the son of an opposition congressman stood near Capriles was wounded, was carried out by a red-shirted gunman. Many have alleged the red shirt signals the assailant's alignment with the government.

Even Capriles himself, who normaly steers clear of joining in anti-government speculation, tweeted at the time: "The government represents chaos and violence. It today demonstrated its fear of the future."

Chavez insisted last night that his government had no involvement in the most recent threats. "It's not the government, not at all, on the contrary," he said, adding the implication that the plot may have come from within the opposition itself, though offered no evidence for this.

Capriles responded again Monday night on Twitter, tying in the country's overwhelming security issues: "The president shouldn't offer protection to just one Venezuelan; he should guarantee it to all Venezuelans — something very different."

The country has a murder rate comparable to war zones with 67 homicides per 100,000 people last year, according to the Venezuela Violence Observatory.

Late last week, Venezuelan police killed the daughter of a Chilean diplomat after her vehicle failed to stop at a check-point, according to local reports.