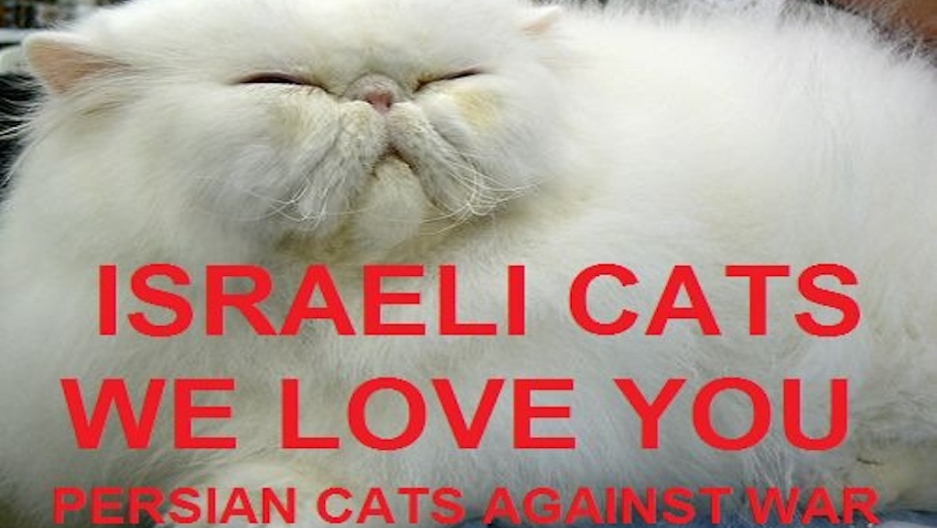 A Facebook meme inspired by a similar one over the weekend in which ordinary Israelis and Iranians posted pictures imposed with peace slogans.
Share

Over the weekend, groups of Israeli and Iranian netizens decided to ditch their respective governments' war rhetoric and kick-off an internet love-in instead.

The couple told “The Marker” they had received hundreds of private messages from Iranians saying they were deeply moved by the campaign.
So what does it all mean? Quite simply, that neither party has any appetite for a war right now.

Inevitably, cats were thrown into the mix. This meme, posted (perhaps not originally) here by a Facebook user whose profile says he is a former Tel Aviv University student, reads: "Israeli cats we love you. Persian cats against war."