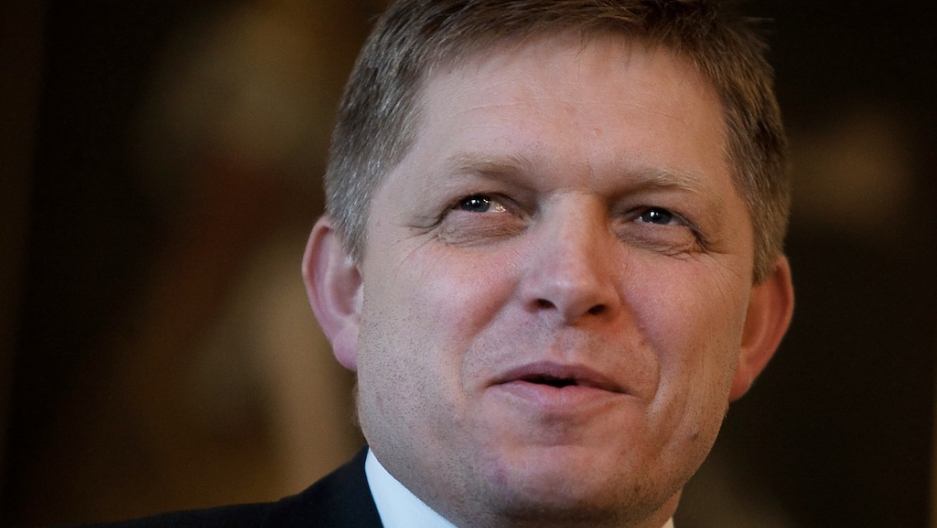 WASHINGTON — Slovakia’s elections resulted in a historic victory for the leftist former Prime Minister Robert Fico and his Smer party.

For the first time since independence in 1993, one political party has obtained an overall majority in Parliament. Hobbled by corruption allegations, the center-right has suffered a humiliating defeat.

Unfortunately, there is little chance that Fico will govern Slovakia in a cleaner fashion.

The breakup of Slovakia’s center-right coalition government in October 2011 came as a shock to many. Iveta Radicova’s cabinet, which has been in power since Fico’s defeat in June 2010, was making good progress on the reforms of the over-regulated business environment, inefficient judiciary and corrupt public procurement procedures. The cause of the breakup was a disagreement over Slovakia’s participation in the European Financial Stability Facility and the concomitant 13 billion euros in loan guarantees to Greece.

The libertarian-leaning Freedom and Solidarity Party refused to support the controversial measure that was backed by the rest of the coalition — consisting of two Christian Democratic parties and a Hungarian minority party. Fico’s price for supporting the passage of the Greek bailout in Parliament was an early election.

At first it seemed that center right parties would be returned with a majority, but then a transcript of a wiretapping operation codenamed “Gorilla,” which was conducted by the Slovak Information Service between 2005 and 2006, appeared on the internet.

The transcript indicates that senior figures from across the political spectrum took substantial kickbacks in privatization deals concluded under the premiership of Mikulas Dzurinda between 1998 and 2006. Dzurinda, who is foreign minister and Radicova’s party boss, has denied any wrongdoing. Fico, who is also mentioned in “Gorilla,” was marked by massive corruption scandals while he was Prime Minister from 2006 to 2010. What, then, explains the latter’s victory?

More from GlobalPost: Slovakia votes in early elections with left tipped to win

Compared to previous administrations, Radicova’s government was relatively clean and “Gorilla” refers to past corruption of only some of her cabinet colleagues. Still, the center right was elected to end Fico’s shenanigans, not to perpetuate them, and the charge of hypocrisy stuck. Simply put, Fico has benefited from the electorate’s desire to punish the political elite in the only way it could — by kicking the rascals out of office. Smer just happened to be the ready alternative.

Fico’s previous stint in office was marked by excessive deficit spending and deep suspicion of the free market. Reform of Slovakia’s mediocre business environment is thus highly unlikely on his watch. Moreover, to raise the revenue he needs to pay off his constituents — pensioners and other low-income groups — he has already promised to abandon Slovakia’s successful flat-income-tax reform, introduce a bank tax, and, ominously, take another look at the partly private pension system. If those measures do not suffice, the country’s debt will likely grow larger.

What about the perennial issue of corruption?

In the aftermath of the “Gorilla” revelations, all parties promised to do more to combat corruption. Unfortunately, Slovakia has limited experience with the rule of law. The problem is not paucity of anti-corruption laws, but their lackluster enforcement, which partly explains why no senior political figure has ever been indicted on a criminal charge. Most Slovaks see politicians as being above the law. Distrust of the democratic system of government is increasing.

More from GlobalPost: Slovakia: 'Chuck Norris' bridge soon to be a reality?

Without a good rule of law, it might be more fruitful to limit politicians’ opportunities for self-enrichment by reducing the scope and size of the state. Despite the tremendous progress toward economic freedom that Slovakia has made since the fall of communism — it ranked 13th on the Fraser Institute’s Economic Freedom of the World index in 2011 — the role of the state in the economy remains large.

For example, the government continues to spend some 40 percent of gross domestic product and government procurement has traditionally provided ample opportunities for enrichment of politicians and their appointees. Slovakia also maintains a number of state-owned companies, including the post office and railroads, and controlling stakes in a number of enterprises, including the Slovak gas company (SPP) and power distributors. Subsidies and licenses provide additional scope for favoritism and corruption.

The Slovak electorate must understand that as long as the government continues to tax, redistribute, own and regulate large portions of the economy, corruption will persist. Unfortunately, Fico is likely to make the state even larger.

Marian L Tupy is a policy analyst at the Cato Institute’s Center for Liberty and Prosperity, specializing in the study of the political economy of Europe and sub-Saharan Africa.