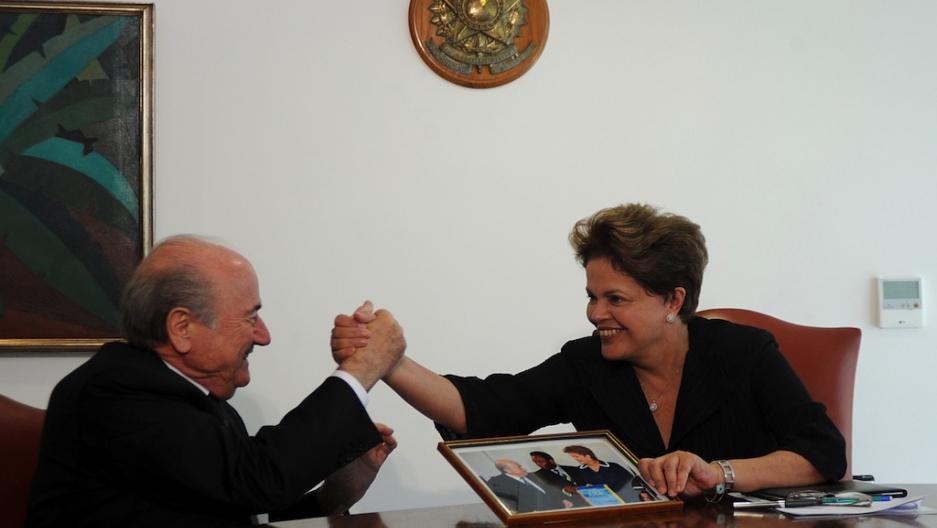 SÃO PAULO, Brazil — FIFA general secretary Jerome Valcke was suspended as 2014 World Cup liaison to Brazil after angering the country with his comments about their lack of preparation for the event, reported Brazilian news site G1. FIFA President Joseph "Sepp" Blatter was left to pick up the pieces with President Dilma Rousseff and sports minister Aldo Rebelo when he visited both government officials today for a dinner welcoming him to the South American country.

Valcke was suspended indefinitely from his post in Brazil, but still works for FIFA, Reuters Brasil reported. Blatter said Rousseff guaranteed Brazil would meet all the commitments it made to FIFA under her predecessor, Luiz Inacio "Lula" da Silva.

"We came to the conclusion that we will work together hand in hand and we will be able...to present the most extraordinary World Cup ever organized," Blatter said after a nearly two hour meeting with Rousseff, according to Agence France Presse. Rousseff added that she has "full confidence in Brazil's ability to organize this Cup."

FIFA had expressed concern over delays by Brazilian Congress to approve a World Cup bill to regulate the international event and give FIFA financial and legal guarantees needed to organize the tournament, reported The Washington Post. The stumbling block in the bill is the sale of alcohol inside soccer stadiums, which is against Brazilian law. FIFA is demanding a change because Budweiser is a major World Cup sponsor, but the decision can only be made by Brazil's Congress.