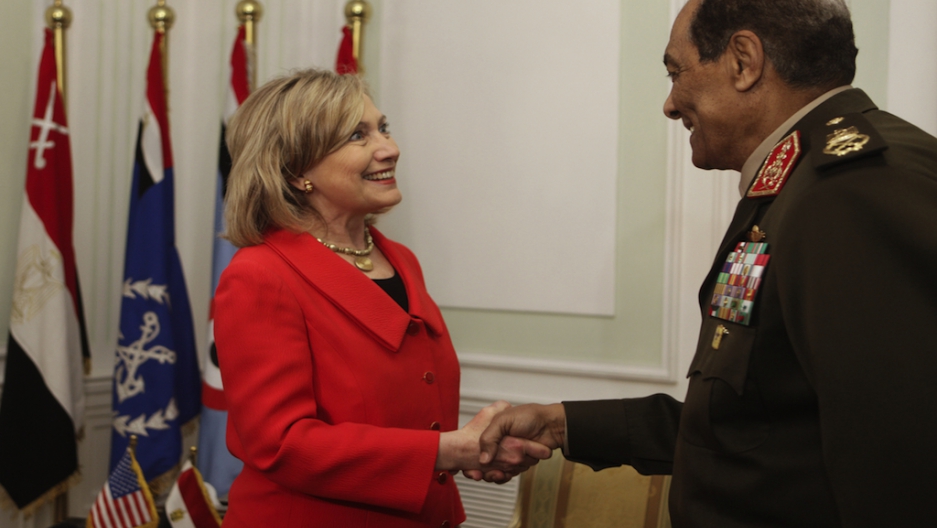 "To restart the aid, which has been a cornerstone of American relations with Egypt for more than three decades, the administration plans on sidestepping a new Congressional requirement that for the first time directly links military assistance to the protection of basic freedoms.

Secretary of State Hillary Rodham Clinton is expected to waive the requirement on national security grounds as soon as early next week, according to administration and Congressional officials."

"....the United States has budgeted $250 million for economic and political programs, including those targeted by the Egyptian courts."

The State Department is required to certify that Egypt is honoring the US-brokered peace treaty for any financial or military assistance to go through.

The move was largely, symbolic, however. At present, such decisions remain in the hands of Egypt's ruling military council.

More from GlobalPost: Is the Egypt-Israel peace treaty at risk?