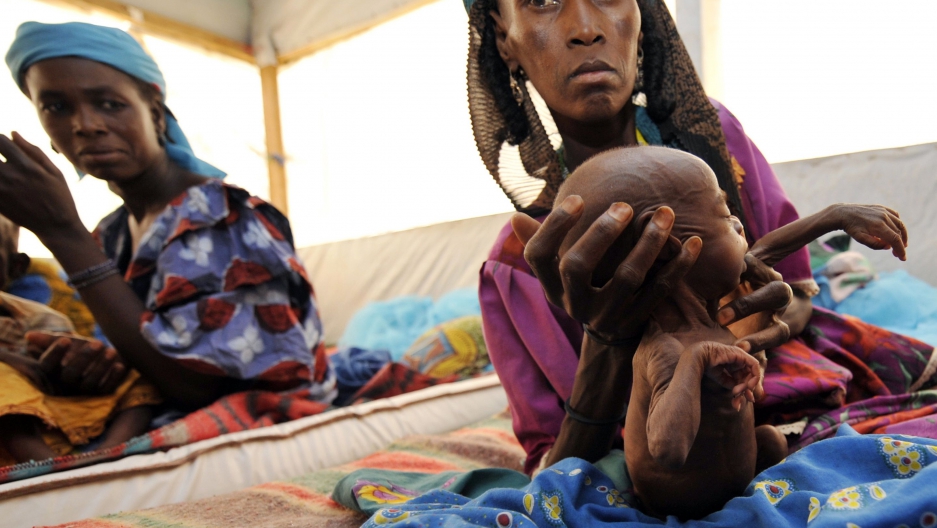 More than one million children in the Sahel are at risk of severe malnutrition, Oxfam says, with a mix of drought, high food prices and conflict to blame for the crisis.
Credit: AFP
Share

JOHANNESBURG — As many as 1.5 million young children living in Africa's Sahel region are at risk from severe malnutrition, with little time left to prevent a humanitarian disaster, UNICEF has warned.

The UN agency responsible for children said Friday that the "dry, lean season" is approaching, worsening the crisis in the Sahel, a massive belt of semi-arid land below the Sahara desert. Eight countries are affected: Niger, Chad, Burkina Faso, Mauritania, Mali, and northern Nigeria, Cameroon and Senegal.

"A multiple disaster is stalking children in the Sahel," said David Gressly, regional director for UNICEF.

The crisis is caused by poor rainfall and failed harvests, and aggravated by the conflict in Mali that has seen people flee their homes, with some refugees going to neighboring countries.

The aid agency Oxfam recently warned that nearly 13 million people in the Sahel face a serious food crisis unless urgent action is taken. The charity appealed for $36.6 million in funding.

UNICEF last month called for $67 million in donations to buy emergency food aid, as part of an effort to raise $120 million to avert a famine in the region. But donations are running far below what is needed.

UNICEF said that under the worst scenario, 1.5 million children below the age of five could suffer from severe and acute malnutrition in the next six months.

But the agency said it is not receiving enough funding to properly prepare feeding centers.

"The upsurge of fighting in Mali, as well the acute insecurity in northern Nigeria and elsewhere, are complicating the aid operation," Gressly said in a statement.

"Without a good emergency response and a sustained effort to reduce risk in the medium to long term an entire generation faces a future of dependency, poverty and threatened survival."