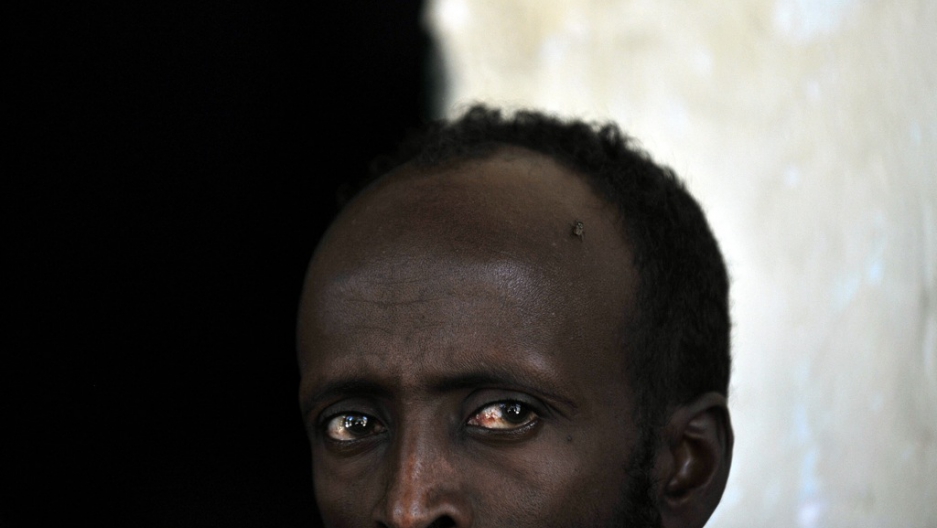 A Somali man convicted of piracy looks on at the Berbera prison in Somalia's breakaway republic of Somaliland.
Credit: Tony Karumba
Share

NAIROBI, Kenya — The crew of the Shiuh Fu-1 had been held hostage off the Somali coast for more than a year this January, when their captors took an exceptionally violent step to extract a $3 million ransom.

The pirates held down the Taiwanese trawler's captain, Chao-I Wu, and sawed off his lower arm. Afterward, other crewmembers were forced to phone their relatives. They were allowed to talk just long enough to beg for their lives.

Wu’s shocking torture, reported by the Somalia Report website, is an extreme example of a dire trend toward harsh and violent abuse of hostages by Somali pirates.

Both sides of the Somali pirate wars have escalated their tactics, and although there have been some successes, the problem appears to be metastasizing.

Despite patrols by navies from the US, Europe and Asia, piracy continues to plague Somalia's 2,000-mile Indian Ocean coast, one of the world's busiest shipping lanes. There were 237 attacks in 2011, up from 219 the previous year. Sixty-five crewmembers have died in the pirate wars over the last five years, and the violence against sailors is mounting, according to Save Our Seafarers, a maritime advocacy group.

Somali pirates committed 54 percent of the world's attacks on ships in 2011, and they currently hold captive 14 ships, with 199 sailors awaiting ransom, according to the United Nations' International Maritime Bureau.

Last year shipping firms paid ransoms averaging $5 million to free their vessels and crew. An estimated $160 million in ransoms was paid for 31 ships, but that's just a fraction of the costs of Somali piracy, which runs as high as $6.9 billion a year.

Shippers are fighting back, deploying armed guards and novel weapons to ward off the assailants. Although the attacks by Somali bandits increased, successful hijackings decreased, from 49 to 28 as a result of increased security measures.

Still, the battle is far from won, and the accounts of terror on the high seas are harrowing.

More from GlobalPost: Somalia News: The origins of piracy

"In some cases, hostages were used as human shields to protect pirates from navy vessels," according to "The Human Cost of Piracy," a report by Oceans Beyond Piracy. "Some captive seafarers also were abused, both physically and psychologically. There is a genuine fear that abuse and even torture will be used with increasing frequency to provide additional leverage during ransom negotiations."

Last year, the maritime industry set up Save Our Seafarers (SOS) to draw attention to the sort of violence that occurred on the Shiuh Fu-1, as well as the more common abuse that leaves mental scars.

“They kept us in a state of terror. We were beaten constantly with metal poles,” recalled Dipendra Rathore, a young Indian sailor who was aboard the chemical carrier Merida Marguerite when it was hijacked. He was held hostage with 21 other crew members for 238 days before a $5 million ransom secured their release.

“I managed to avoid the worst violence, but I saw my crewmates being thrashed with sticks and having electric probes attached to their genitals, and one man was suspended by ropes from the ship's mast for several hours,” Dipendra told SOS.

He said they were all imprisoned together in a small room with sealed windows, and only let out every couple of weeks. As a form of mental torture, the pirates took the captain away and told the crew he had been killed, even though he was alive and being held in a separate room.

Other ex-hostages have spoken of regular beatings, simulated executions and even "keelhauling," a centuries-old punishment in which victims are tied to ropes and dragged underwater beneath the ship’s keel from bow to stern.

More from GlobalPost: The economic effects of maritime crime

Dipendra — a poor boy, from a poor family, in a developing country — is typical of the hundreds of sailors held hostage by Somali pirates at any time.

Most do not have the backing of a rich company with private security onboard or insurance against pirate attacks. Nor do they come from a powerful country that can deploy commandoes, pay hefty ransoms (whether they admit to doing so or not) or bring effective diplomatic pressure.

Anti-piracy officials cite a recent example of Burmese fishermen aboard a Thai-flagged fishing boat who were held hostage for 16 months. They were eventually released by their exasperated captors when they realized that either no one cared or had the money to pay the multimillion dollar ransom that was demanded.

The unfortunate sailors were then stranded for months in Garowe, Somalia, while UN diplomats worked to get them passports and passage back to Burma.

Officials involved in the fight against piracy have begun to talk about “A and B class” hostages.

These Burmese fishermen, along with Yemenis, Filipinos, Indians and others, are firmly in the B class. In the A class are the smalled number of Westerners or seafarers lucky enough to crew large, well-insured and privately protected vessels.

An example of an A class rescue is the Navy SEAL mission that resulted in nine dead pirates and the rescue of US aid worker Jessica Buchanan and her Danish colleague, Poul Hagen Thisted, in January after months of captivity. Such a military mission is well beyond the reach of most hostages from poorer countries who will continue to suffer at the increasingly brutal hands of Somalia’s pirates.