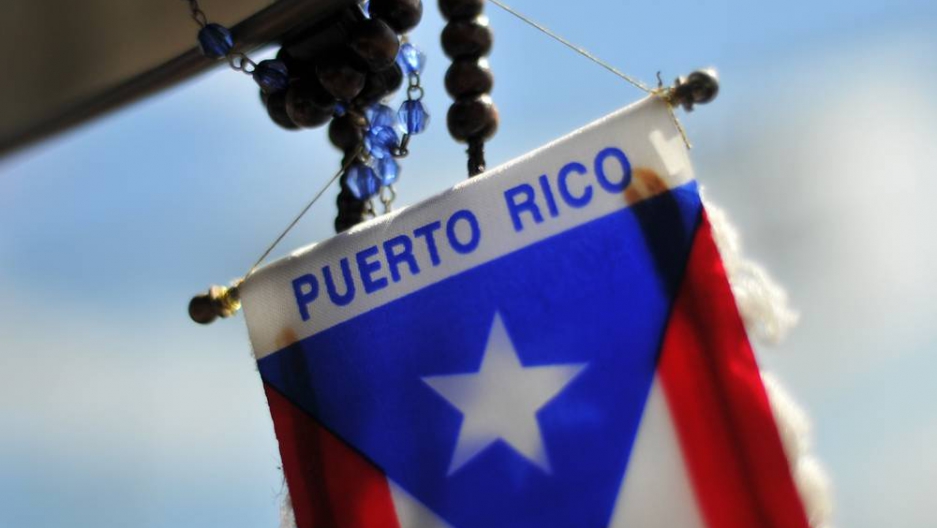 Voters in Puerto Rico on Sunday will have the opportunity to weigh in on the Republican nomination for president of the United States.

Puerto Rico is a U.S. commonwealth without full voting representation in Congress and without electoral votes in the general presidential election. But 20 delegates are up for grabs in this weekend's primary, and GOP presidential hopefuls have descended on the island to fight for supporters.

One major question has come up repeatedly this week. How do candidates feel about the status of Puerto Rico. Notably, Rick Santorum said to become a state, Puerto Rico must embrace English as the principal language. Mitt Romney has also visited the island and both have been purchasing ads there.

"Puerto Ricans have a somewhat vexed relationship, politically speaking, to English," she said. "That has its roots in that when the U.S. invaded the island and started to take control over the local institutions, one of the first things on the agenda was to make Puerto Ricans speak English."

Some policies produced in those first two decades of U.S. rule in Puerto Rico were fairly ill-conceived, she said. For example, she said, schools in rural areas were stocked with English-speaking teachers but pupils who'd never heard English in their life.

Policies like that and locals being shut out of government, made English a metaphor for the political imbalance between Puerto Rico and the U.S., Negrón-Muntaner­ said.

There's no U.S. law that requires a state to embrace English as its primary or official language

Sara Murray, a reporter for the Wall Street Journal, who has been covering the campaigning in San Juan, Puerto Rico, said island residents were very unhappy with Santorum's comments.

"I think it was pretty clear there were going to be some ramifications and a little bit of backlash," Murray said. "I think that's why you saw Rick Santorum come out yesterday and start walking those remarks back."

In a meeting with reporters Thursday, Santorum accused people of "maliciously twisting" his comments. He said Spanish should continue to be spoken in Puerto Rico, but English should also be spoken.

"So he toned down that rhetoric a lot yesterday," Murray said.

Murray said all of the Republican candidates have been clear that they won't support statehood for Puerto Rico unless it's what the majority of Puerto Ricans want. And it remains to be seen whether that is indeed the case.

"The last referendum on this was in 1998 and they fell a little bit short of the 50 percent mark," Murray said.

Another referendum is supposed to be held in November.

Negrón-Muntaner­ said there's another dynamic here, which is how Latinos living in the U.S. view events in Puerto Rico, and if they choose to allow that to influence their vote. She said the same dynamic can be at work when candidates and incumbents visit foreign countries with large Latino populations.

But if there were more at stake, this might have a greater impact.

Murray said Romney is most likely to win in Puerto Rico — a status he enjoyed even before Santorum made his controversial comments. The candidate visits, though, could have an unforeseen impact on turnout and voter choice, though, she said.

The other factor is Puerto Rico's heavily Catholic status, which could b a boon for Santorum, Murray said.

"It will be interesting to see," she said.