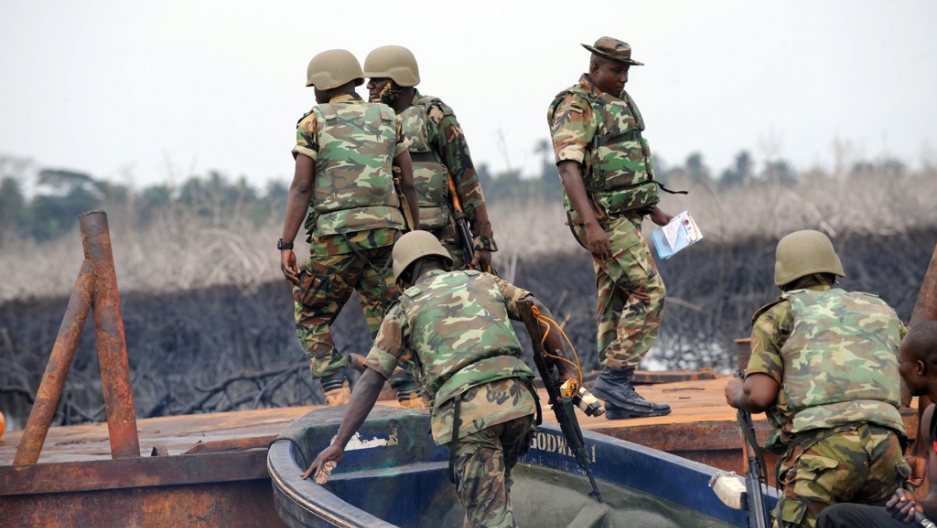 Across the continent on West Africa's oil-rich Gulf of Guinea, criminal gangs are stepping up their attacks.

The perpetrators, often steeped in Nigeria’s violent and organized criminal culture, are quick to kill.

In mid-February, pirates boarded the Fourseas, a Taiwanese-owned bulk cargo ship, 126 miles off the coast of Nigeria. They killed the ship's captain and chief engineer in a barrage of gunfire unleashed from their speedboat, according to local news reports.

The attack took place in the heart of the busy trade routes. It is just the latest example of an escalation that has governments and shippers worried.

Last August, the waters off the coast of Nigeria and Benin were — for the first time — judged to be as risky as those off Somalia by Lloyd’s Market Association, a group of London-based maritime insurers.

The number of recorded pirate strikes in West Africa rose from 45 in 2010 to 64 in 2011, but it is widely believed that sea hits in this region are underreported. There were at least 10 assaults in January and February this year, according to the UN's International Maritime Organization.

A recent British parliament report noted the “copycat” nature of West African pirate gangs, but added, “while lessons should be learned from the experience with Somali piracy, such as the importance of swift intervention, piracy in the Gulf of Guinea has on the whole followed a different model to that of Somali piracy.”

An important difference, and one that works against the pirates, is that while Nigeria is dysfunctional and highly corrupt, it is a state with a government and security forces, unlike Somalia.

Another key distinction is that while Somali piracy is essentially an exercise in kidnap for ransom, Gulf of Guinea bandits target the cargo rather than the crew. Sailors on vessels hijacked off West Africa are unlikely to spend long months as hostages because the pirates may kill them instead.

More from GlobalPost: The economic effects of maritime crime

Oil tankers are particularly prized by West Africa’s pirates. Once seized, they are moored to other tankers. Their crude is transferred then sold on the black market, according to a recent UN report. These largely unprotected shipments are attractive — and easy — targets. Of all the attacks off West Africa last year, at least 20 were oil tankers, according to the IMB.

Experts warn that piracy could disrupt oil supplies from the Gulf of Guinea, which produces an estimated 3 million barrels per day, most of which comes from Nigeria, the world's 8th largest oil exporter, according to the US Energy Information Administration.

Approximately 95 percent of Nigeria’s exports are petroleum and petroleum-based products. In 2010, the country exported about $70 billion worth of petroleum products, at least 15 percent of which went to the US, according to One Earth Future’s annual ‘Economic Cost of Piracy’ report.

Rice estimated that the gangsters on the sea are costing impoverished West Africa $2 billion a year. “There can be no doubt that the situation has become more grave. The impact of maritime crime on local economies is staggering,” she said.

The UN called for a joint international effort to halt piracy in the Gulf of Guinea. “The threat not only persists but appears to be gaining ground in a region where the high-value assets the pirates target are abundant,” said Under-Secretary General Lynn Pascoe.

The United States values security along the West African coast because that allows oil ships to travel freely across the Atlantic. The US has been at the forefront of helping the mostly poor and ill-equipped West African countries to better confront the threat of maritime insecurity through the military Africa Command (AFRCIOM) and its annual Africa Partnership Station training exercises.

The navy vessel USS Simpson arrived in Lagos, Nigeria, to begin this year’s deployment in mid-February.

The US spent $35 million over the last five years on training regional coastguards and navies, upgrading radar and other facilities, and refurbishing equipment, Rice said.

But as in Somalia, it is likely that the solution to West African piracy is more effective governments that can maintain order both on land and at sea.