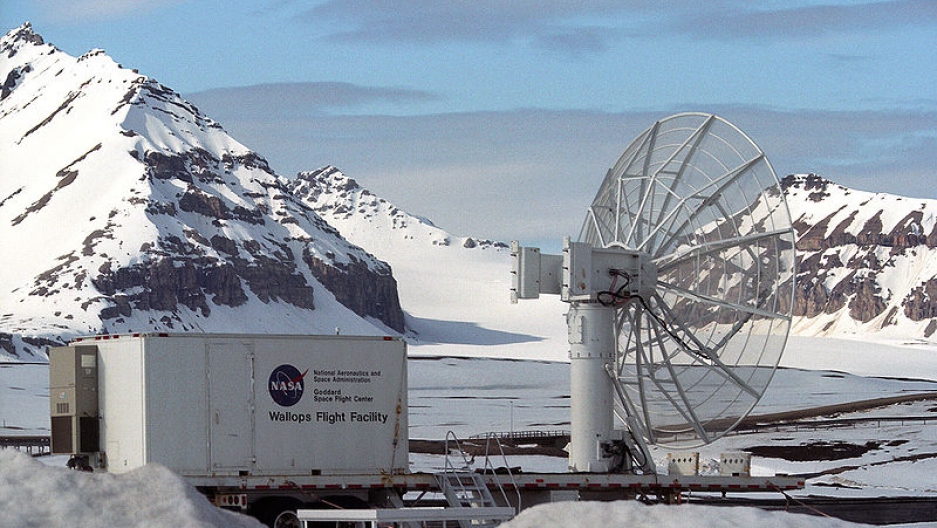 NASA is among the international groups that have descended on Svalbard to conduct research on climate change. (Photo by Jerzy Strzelecki via Wikimedia Commons.)

The islands of Svalbard in the Norwegian Arctic are flourishing — despite being among the coldest, most isolated habitable places on earth.

As more and more countries eye the opportunities being revealed by melting polar ice, businesses, tourists, and international politicians are all beating a path to the northernmost inhabited place on earth. And it's just now emerging from its long, winter-time polar night.

Once upon a time, convicts were given the option of facing death or manning whaling boats on Svalbard. Most, the BBC’s Paul Henley said, chose death. Nowadays, though, the airport on the island bustles with activity.

"This place has a nightclub, it has shops, it has a cinema. There's lots of social events. It's a dream place to live. It's a bubble of peace. It's a really tight-knit community," said one very happy island resident.

Henley said the island's resurgence is due in part to the island being made a center for research into global warming and polar technology.

"it's also because so mant countries, from China to South Korea to the U.S. want to make their presence felt here," he said. "As the ice melts, lucrative new shipping routes are opening up and possible oil and gas reserves are becoming more accessible."

British Baroness Catherine Ashton, a European Union representative on foreign affairs and national security, visited the island recently to make sure the EU also was able to have the access it wanted and needed.

With all the visits by politicians, royalties and stars, though, Henley said the scientists who live on the island sometimes feel pressured to make their research fit a particular political bent.

"The world is waking up to the importance of the Arctic as a region in itself, and also in terms of its global repercussions," said Professor Doug Benn, a glaciologist at The University Centre in Svalbard. "The thing is, many people have an agenda with regard to Arctic issues. Either in terms of resources to be exploited or fragile habitats to be protected. But it's very, very important that, as scientists, that we maintain an independent voice and strive to discover exactly what is happening here and what the implications will be."

Norway's foreign minister, Jonas Gahr Støre, has made Svalbard and the surrounding area his top priority  — saying he hopes to keep the area free of tension and violence.

"There is no issue up here which begs for a military solution. There's a lot of Cold War thinking still hanging in people's analysis," he said. "And that's why we welcome so many people coming here to see for themselves the very exciting part of the world which actually begs for cooperation, responsibility and low tension."