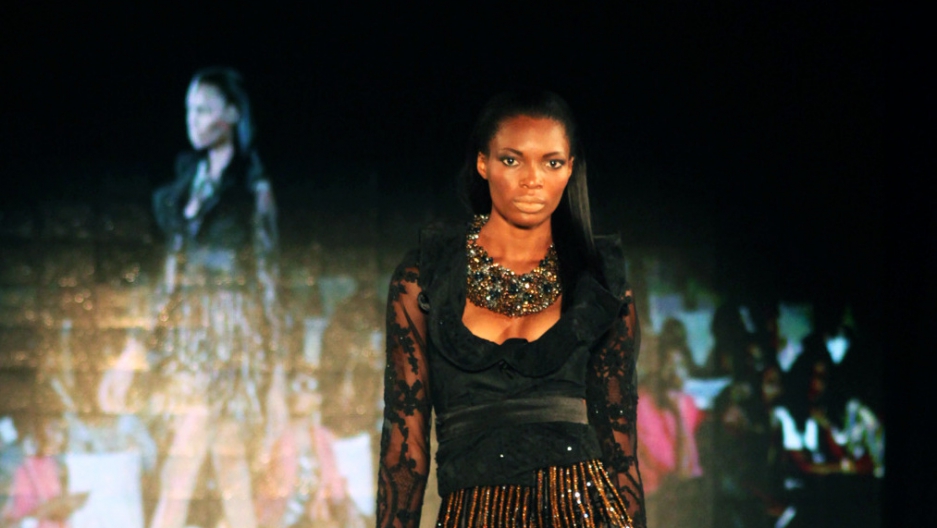 A model displays clothes from The Collection of Toju Foyeh at The Arise Magazine Fashion Week at Victoria Island in Lagos late on Mar. 8, 2012.
Credit: SEYLLOU
Share

At the close of the Arise Magazine Fashion Week, held for the second time in Lagos, organizers said Nigeria is becoming a new destination for the fashion elite.

"You've got Milan, London, New York and Paris. Why not Lagos?" Arise International Managing Director Penny McDonald told the Guardian. "We've been invited to showcase in New York, and to return to Cape Town and other places. But there's such an appetite for fashion in Lagos that we were comfortable with a vision for making this the fifth fashion capital of the world."

Nigeria's fashion week began inauspiciously, with electrical outages delaying the opening, reported the Associated Press. When the show, which featured 77 designers, finally began it drew a crowd that "embraces African fashion not as a sideshow, but as a main component of international design,” according to the AP.

The event drew fashion icons like supermodel Alek Wek and Ozwald Boateng, a British designer of Ghanaian descent, and the first black man to own a shop on London’s posh Savile Row.  At the end of the week, five designers were chosen to showcase their collections at New York Fashion Week, one of the world’s most prestigious annual fashion events.

Winners included Boateng, and Maki Oh, a Nigerian designer that also was named the “Designer of the Year,” according to the Arise Magazine website. Other designers heading to New York this year are South Africa’s Gavin Raja and Nigeria’s Tsemaye Binitie and Tiffany Amber.

Nigerian media mogul and the show’s founder Nduka Obaigbena flew in other designers from countries across Africa, the Guardian reported.

Nigeria is already known as Africa’s “most prolific” film producing country, with industry revenues second only to Hollywood and Bollywood, the New York Times reported. The $500 million movie business is one of the country’s top private-sector employers, releasing thousands of titles a year.

Twenty years after the moviemaking business emerged in Nigeria, Obaigbena says the country is ready for high fashion.

"This is about putting Africa on the map,” he said, according to the Guardian. “There is an African brand of style, elegance and beauty."