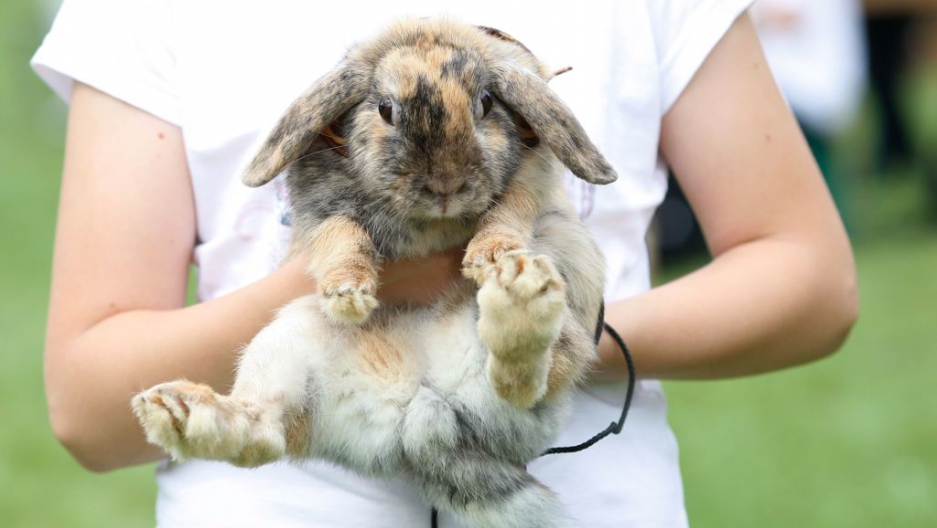 This isn't Til. This is just to cheer you up.
Credit: Ralph Orlowski
Share

BERLIN, Germany — An attempt to show a rare rabbit on TV took a tragic turn today when a cameraman accidentally stepped on the baby bunny.

It had been due to become a star attraction at the Limbach-Oberfrohna zoo in Saxony, eastern Germany.

In an extremely rare occurrence, it was born without ears (photos here), though its parents and five siblings are all normal. According to the Deutsche Presse Agentur, the earless bunny was named Til, after German actor and director Til Schweiger, star of the film Keinorhasen (in English, Rabbits Without Ears).

Til was due to meet the public at a press conference on Thursday. A TV crew was invited to get some shots of him the day before, the Bild newspaper reported, which is when disaster struck: a cameraman took a step backwards while filming in Til's enclosure, and trod directly on him.

The zoo described Til's death as "an unfortunate accident and of course unintentional."

"Everyone here is upset," zoo director Uwe Dempewolf told the Spiegel, adding that the cameraman was "distraught."

"The other five bunnies are right as rain. It is regrettable that [Til] was the one who got stepped on."

The zoo is considering having Til's body stuffed.

Keepers are unsure why the rabbit had no ears. According to BZ, it may have been due to a genetic abnormality, or simply that the mother licked the delicate ear tissue too vigorously immediately after its birth.