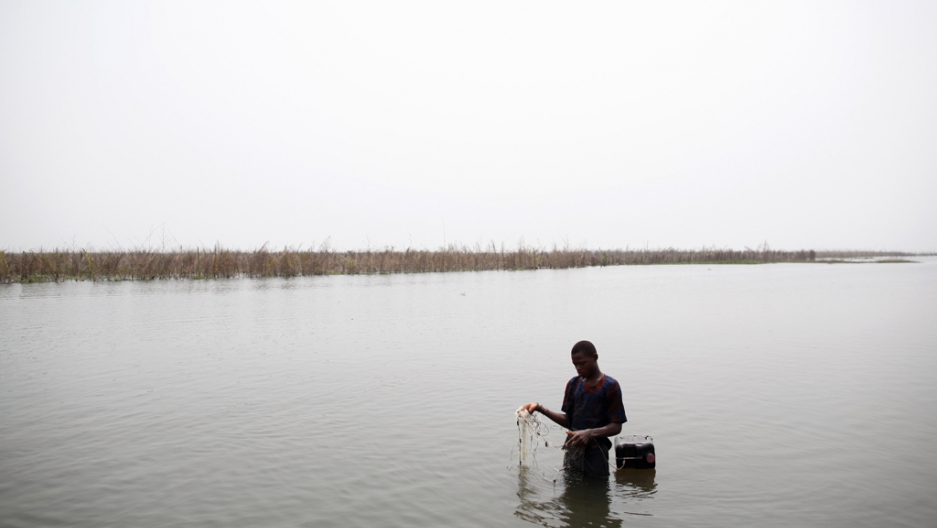 A boy fishes with a net in the lagoon in Ganvie, near Cotonou, Benin. Leaders at the World Water Forum in Marseilles warned that radical policy changes need to be made in order to stem a water scarcity crisis.
Credit: Dan Kitwood
Share

The 6th annual World Water Forum began in the French port city of Marseilles on Monday with speeches and reports underscoring the need to curb the looming global water crisis, Reuters reported.

A United Nations report, released every three years in conjunction with the Forum, found that the world’s water supply is being strained by climate change and the demands of a fast-growing population. A European Environmental Agency (EEA) study also highlighted the increased water scarcity in Europe. Both organizations called for radical shifts in policy implementation to conserve water.

"The critical thing for us is that we are seeing an increasing number of regions where river basins, because of climate change, are experiencing water scarcity," said EEA executive director Jacqueline McGlade, BBC News reported. "Yet behavioral change, and what that means, hasn't really come about."

The UNESCO World Water report found that the demand from agriculture, which already uses around 70 percent of the world's total freshwater supply, is likely to rise by at least 19 percent by 2050 as the global population jumps to 9 billion people, Reuters reported. Farmers will need to grow 70 percent more food by that time to accommodate a larger population.

“Climate change will drastically affect food production in South Asia and Southern Africa between now and 2030,” the UNESCO report said. “By 2070, water stress will also be felt in central and southern Europe.”

Asia is home to 60 percent of the world's population but just a third of its total water resources, Singapore Today reported.

"The sense that I get from this event so far is that there's a greater sense of urgency that the problems are looming and are going to become more acute in the future," said Singapore's Environment and Water Resources Minister Dr Vivian Balakrishnan.

More from GlobalPost: UN meets access to drinking water goal ahead of schedule

"Continuation of water consumption at 20th century rates is no longer possible," said former Soviet president Mikhael Gorbachev, who founded the environmental NGO Green Cross International. "The economy needs to be reoriented to goals that include public goods such as a sustainable environment, people's health, education, culture and social cohesion."

On Monday, seven water companies in England announced that they would be imposing hose-pipe bans starting in April, as unusually dry winters have left reservoirs, aquifers and rivers below normal water levels, BBC reported.

The EEA is also working on developing agricultural techniques, such as drip irrigation, that will conserve water more effectively, McGlade told the BBC.

"Once you have an economic interest in the use of a resource like water, then you can talk about wasteful use," McGlade said.

The World Water Forum is an international summit held once every three years, and draws politicians, policymakers and NGOs from around the world. It will run until March 17.