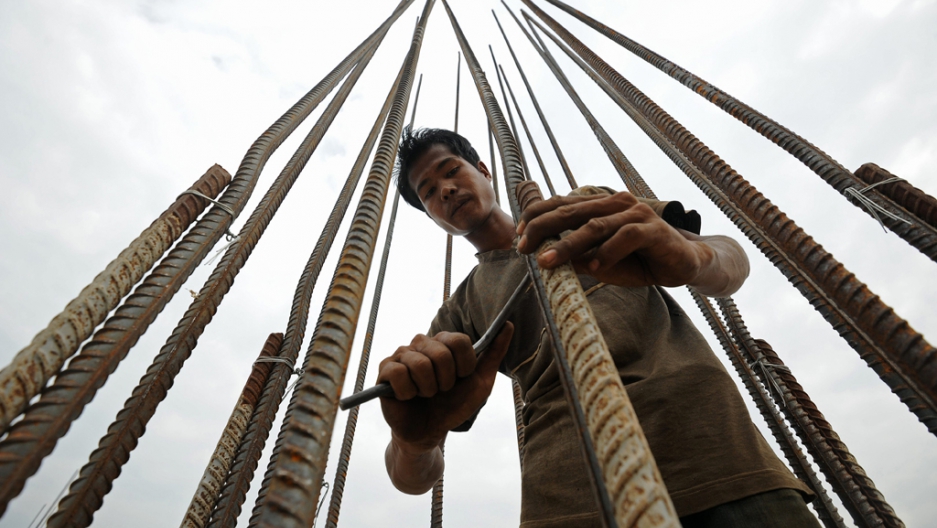 BANGKOK, Thailand — Burma, sealed off from Western investors by a thick shell of sanctions, could be open for business as soon as this year.

But even if the US Congress and White House stay on course, and finally reward the authoritarian state’s recent reforms by cracking that shell, what will investors find underneath?

The answer, experts suggest, is plenty of promise and plenty of pitfalls.

“But we’re also mindful that there are a lot of doors in this long series of corridors to open,” he said. “This is a country that has to start almost from ground zero in writing its investment laws.”

The former British colony-turned-army-controlled pariah is still convincing Western heads of state that its fledgling parliament is legit. As the rest of Southeast Asia chugged along in the last two decades, Burma has been frozen in place by civil wars, state oppression and sanctions.

The UK-based Maplecroft risk analysis firm determines that 2012 is the year most Western nations — including the US — will start untangling their overlapping layers of sanctions. Much of Burma’s current investment pledges come from China. Official figures show the rising power provided 70 percent of Burma’s $20 billion in foreign investment agreements for 2010 to 2011.

In anticipation, the Burmese government’s courting of overseas interest appears strong: a proposed eight-year tax waiver for foreign investors, an IMF-assisted overhaul of its decrepit currency system and statements suggesting it will stop dumping half of its GDP into the misbehaving military.

This optimism factors into the International Monetary Fund’s projection that, this fiscal year, Burma’s real GDP will grow by 5.5 percent and increase by a full 6 percent in 2012-2013. Bigger gains could be achieved in future years if all goes well.

But investors hoping to ride that wave risk getting their hands more than a little dirty.

“Vast opportunities lie ahead for business looking to return to Myanmar, particularly in the oil and gas and mining sectors as well as timber and agro-commodities,” said Alyson Warhurst, CEO of Maplecroft.

Companies reliant on Burma’s army for protection — considered an unavoidable necessity in many regions — are at a “serious risk of potential allegation of complicity in violations of human rights committed by the state security forces,” according to Maplecroft. Burma’s well-documented military abuses have included shelling villages and forcing civilians to act as military porters.

The agency’s advice: start charitable programs that fill the void of government neglect and defy the central state’s long-standing prejudice toward ethnic minorities. Western firms can also avoid the mistakes that characterize China’s mega-projects in Burma, which have employed few locals and extracted raw materials without leaving behind much benefit for the Burmese.

Lifting sanctions now appears contingent on a clean April by-election. This will be Aung San Suu Kyi’s first race since a 1990 vote — voided by the military — that should have sent her to the prime minister’s seat. In the by-election, Suu Kyi's party, the National League for Democracy, has said it will contest all 48 seats that are up for vote. Suu Kyi herself is likely to win a seat representing southern Rangoon.

But even if sanctions lift soon, a thicket of corruption and lawlessness will await Western firms braving this nation on the mend. Transparency International, the global anti-corruption NGO, tied Burma’s corruption with Afghanistan’s in its most recent report. Only North Korea and Somalia were ranked as more corrupt.

Among Burma’s most daunting risks to investors is its baffling currency system. In a 2010 report, the US State Department declared that the country’s “multiple exchange rates and currencies make conversion and repatriation of foreign exchange very complex and ripe for corruption.”

“Very little can be accomplished, from the smallest transactions to the largest, without paying bribes,” according to the State Department. As it stands, even major sums are transferred through black-market channels while the IMF continues to shuttle in experts to repair Burma’s financial system.

But Burma also faces a unique opportunity, according to Song, the CIMB economist. In a best-case scenario, he said, Burmese officials would pick and choose its neighbors’ most successful financial policies. “There’s no instant template,” he said, “but they could put laws together fairly quickly.”

The current regime — an army-managed parliamentary system — remains short on allies. But it is relying on Singapore, one of the world’s pre-eminent financial centers, to help guide business reforms.

“Singapore is fairly neutral and its officials have had a long relationship with Myanmar through thick and thin,” he said. “Singapore will obviously do its bit. It has no other agenda other than finding new opportunities for trade.”

Burma’s appeal to investors — untapped natural resources, an impoverished population eager for jobs — could still be undermined by unforeseen events. Despite the break-neck speed of reforms, the current army-backed government is still at the mercy of generals who have led Burma down a dark path for decades.

But Western investment, long seen as taboo, is now seen by some as a means of entrenching progress. When political pressure compelled American firms such as Levi Strauss and Adidas to exit Burma, Warhurst said, the employment vacuum left many workers “impoverished, isolated and vulnerable to sexual exploitation and trafficking.”

“Western companies looking to return to the country will, without doubt, be confronted with significant strategic and operational risks,” Warhurst said. “Ongoing monitoring of their operations and community engagement will be key to ensure a successful business story.”

More from GlobalPost: The changing face of Burma