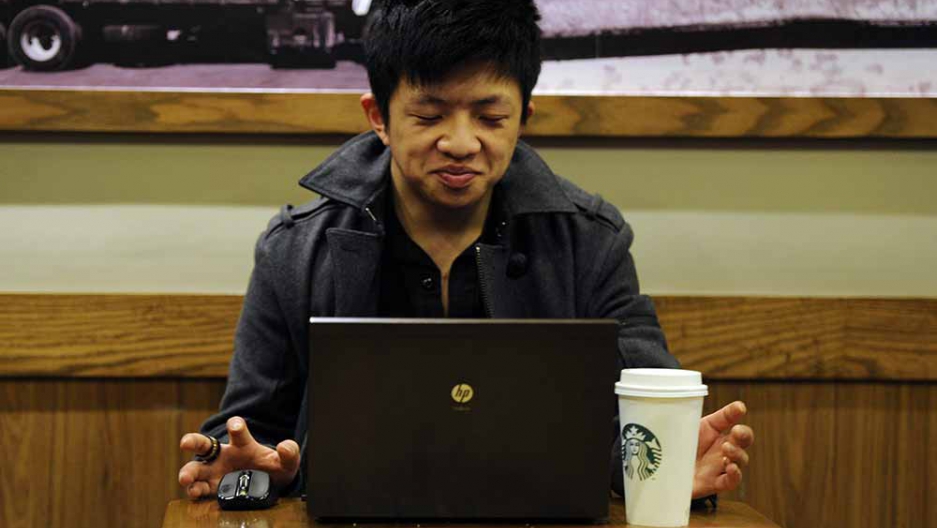 A man uses his computer in a coffee shop in Shanghai on February 2, 2012. PETER PARKS/AFP/Getty Images
Credit: Peter Parks
Share

A new study has revealed details of how China's internet censorship apparatus blocks and deletes content from the Weibo microblogging service. "The work showed that the social media censor was similar to the system overseeing Chinese web access," the BBC reported.

According to The New Scientist, scientists from Carnegie Mellon University looked at 57 million short messages posted on Weibo, and then re-examined them three months later to see which ones had been deleted. Its results found that controversial messages "tended" to be deleted, with wide regional disparities: in wealthy eastern cities like Beijing and Shanghai, roughly one in ten messages were axed; in Tibet, half were deleted.

The study found that the service was adaptive, the BBC reported, "It also found that the censorship system could be quite nimble and react quickly when words or phrases start to assume a more political meaning. For instance, the word 'lianghui' became sensitive when it started to be used as a code word for a 'planned protest'." The same was true for a word that means "asking someone to resign" after a high speed train crashed last year.

Criticism of government - especially of Fang Binxing, the brains behind the "Great Firewall" - were mostly deleted, as were other innocent-sounding terms that took on submeanings to describe pro-democracy protests. But not all controversial terms were deleted, suggesting a high level of human involvement, according to a researcher.

At least one instance of censorship was apparently to help users. After the meltdown of the Fukushima Daiichi power plant in Japan, a rumor circulated that said eating large quantities of iodized salt, instead of potassium iodide, would protect from radiation poisoning. Those messages were deleted.

Pádraig Reidy of the London-based pressure group Index On Censorship told New Scientist, "This suggests incredibly close, real-time, manned monitoring of discussions and searches. We know that the Chinese government has thousands of people working on web censorship. This study proves how serious a project that is for the regime."

The full results of the study will be published in the next issue of First Monday.