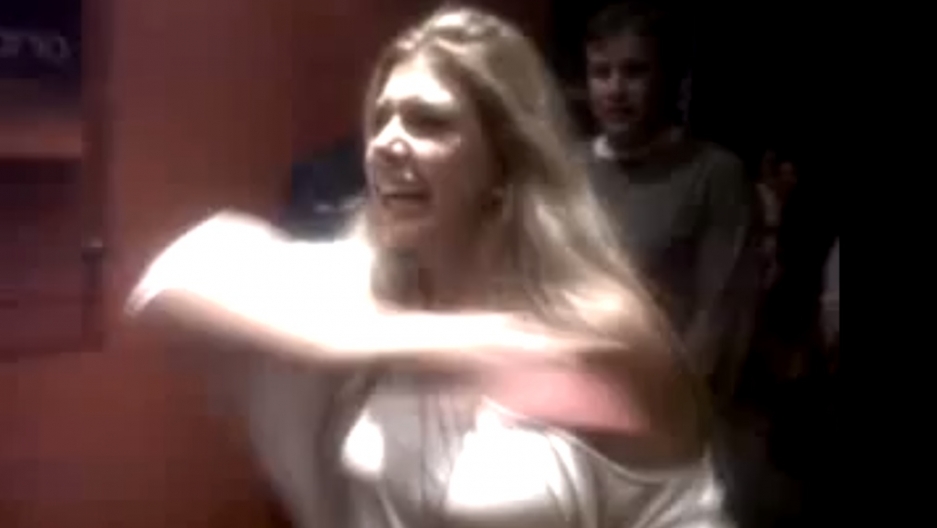 MEXICO CITY — First came the “Ladies of Polanco.” Then arrived the “Gentleman of Las Lomas.” And recently, the “Lady of Bosques” made her internet debut.

The places named in these titles are wealthy Mexico City neighborhoods. The names are tongue-in-cheek. They describe the “stars” of three unconnected YouTube videos, showing real-life privileged Mexicans berating, punching, grabbing and at times spitting slurs at people of lower social status.

And the scenes of abuse garnered quite the buzz, and have spotlighted an evil that Mexicans rarely admit to: racism.

Most Mexicans characterize themselves as “mestizo,” a mix of indigenous and European ancestry. Coming from a supposedly uniformly mixed race society, citizens shunned talk of diversity, said Ricardo Bucio, president of the National Council to Prevent Discrimination (CONAPRED).

“There weren’t white people, nor were there African-Mexican people,” he said of the perception.

But today, social media use is exposing deep-seated classism and racism.

Indeed, Mexican diversity does exist. Various waves of European, Middle-Eastern and Asian immigrants have entered Mexico. Colonists brought slaves to Mexico. Today, there are still more than 90 indigenous languages in Mexico, spoken by roughly 6.7 million people. Within that group, 1.1 million don’t speak Spanish, according to the National Institute of Women. The Mexican population is around 112 million.

Yet, "whiteness" still frequently connotes power and money in Mexico, just as it does in much of the Americas. Indigenous-looking and poorer Mexicans often suffer racial abuse, whether it’s talked about or not.

In one infamous YouTube attack, businessman Miguel Sacal Smeke, aka the “Gentleman of Las Lomas,” called a parking valet an “Indian,” a generic put-down, and a “cat,” which means trashy and classless. The man’s alleged crime: He refused to abandon his post in a reception area to help Sacal Smeke find a car jack.

The workplace abuse was no surprise to Blanca Velazquez, who works with rural, indigenous women who go to Puebla to get jobs in auto parts factories.

“If the women are very short, they’re discriminated against, made fun of, laughed at. Or if they’re very dark,” Velazquez said.

All told, wealth “provokes the greatest division” among Mexican people, according to a 2010 survey by the council. Nearly 60 percent of respondents said it created “a lot” of separation — more than religion, education, sexual preference and various other distinctions.

Inequality is particularly striking in Mexico, home to a $4 to $5 daily minimum salary and multibillionaire Carlos Slim, the world’s richest man, according to Forbes.

But as Mexico modernizes and its middle class expands, internet use has shot up. From January through mid November 2011 alone, the audience for online videos grew 17 percent, according to ComScore, Inc., an internet trend analysis firm.

Once the videos hit YouTube, they not only went viral online, but became national stories in newspapers and on television as well. The first, “Ladies of Polanco,” captured two women — a former beauty queen and a former reality television star — berating and pushing a police officer. One called him a “shitty wage slave.”

In a surprising twist, it turned out that one woman was actually a police officer herself, local media reported.

More from GlobalPost: Mexico’s drug war by the numbers

And in the latest controversial recording, a woman at a nightclub pushes and screams at employees and threatens to send them to jail when she can’t find her wallet.

(The Sacal Smeke clip surfaced in between these two videos.)

Impunity is normal, whether employees decide to contest mistreatment or not.

“They feel unprotected by the law and accept that what it enacts is the power of money and the social hierarchy,” wrote Jose Antonio Crespo Mendoza, a historian at Mexican university CIDE, in a newspaper column about Sacal Smeke. In this case, “the scene was filmed. How many others happen daily without being divulged?” he added.

“Labor cases can last two years. Meanwhile, you are working. At times, we’ve seen that if you’re working in a [particular] industry, what they do is put you on black lists because you’re a ‘problematic’ worker,” she said.

Sacal Smeke has faced harsh consequences though. After the video began circulating, he sent a statement to the press saying that he was in therapy and “under a lot of pressure,” although that did not justify his actions.

Accused of aggravated assault, he was imprisoned in mid-February and could receive a sentence of up to eight years. Likewise, the “Ladies of Polanco” have already paid a fine of some $136 for their mistreatment of police and are nearing the end of their formal trial, according to local press.

More from GlobalPost: Occupy Mexico? How about ‘End the Drug War’?

The “Lady of Bosques,” whose video began circulating in late February, has remained out of the spotlight, though some media have speculated on her identity.

For its part, CONAPRED issued a complaint against Sacal Smeke, asking him to attend a conciliation session, which addresses worker grievances and explains to people how their discriminatory acts broke the law and how to prevent similar problems.

The public organization can only legally require businesses or federal institutions to address accusations, and not private individuals like Sacal Smeke, who never responded, said Bucio.

Recently, the Mexican senate proposed an initiative to tie up this loophole.

“What we can do with the case is help to make visible a subject which, at times, is not so clear or overwhelming,” Bucio said.