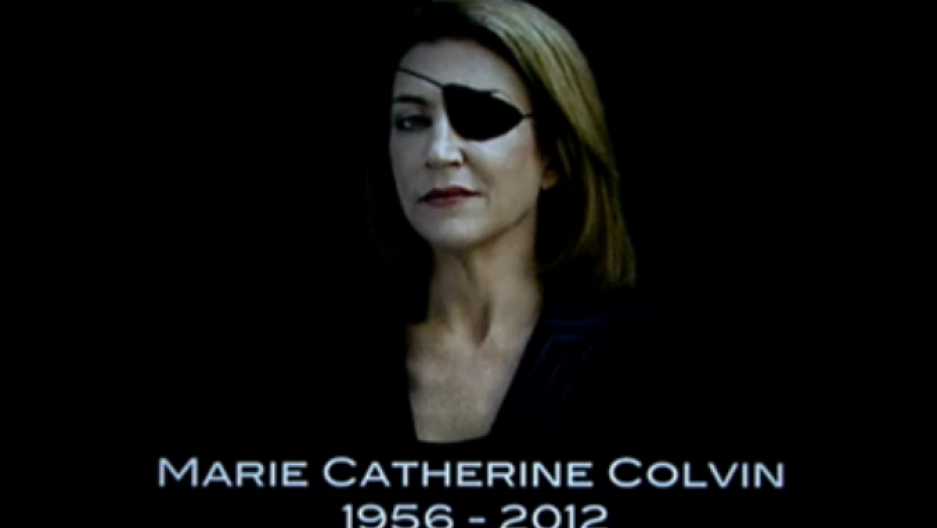 NEW YORK — An interview with photographer Lynsey Addario shone a light on the some of the challenges women face reporting from war zones. Addario is a new mother and insistent on maintaining her career, one that's been filled with soldiers, gunfire, and even kidnapping. Addario was taken prisoner in Libya in 2011, along with another late, brave reporter — Anthony Shadid.

Addario was an example of the woman she was memorializing, a brave face telling scary stories to the audience of shells being indisciminate when they fall. "It doesn't matter if you're a woman or a man," she said. Colvin was killed by a shell in Syria earlier this month.

Christopher Dickey of The Daily Beast led the interview with Addario, and later the tribute to Colvin, saying of her, "I've never known a braver person or a better correspondent."

See the video below for the interview with Addario and tribute to Colvin.