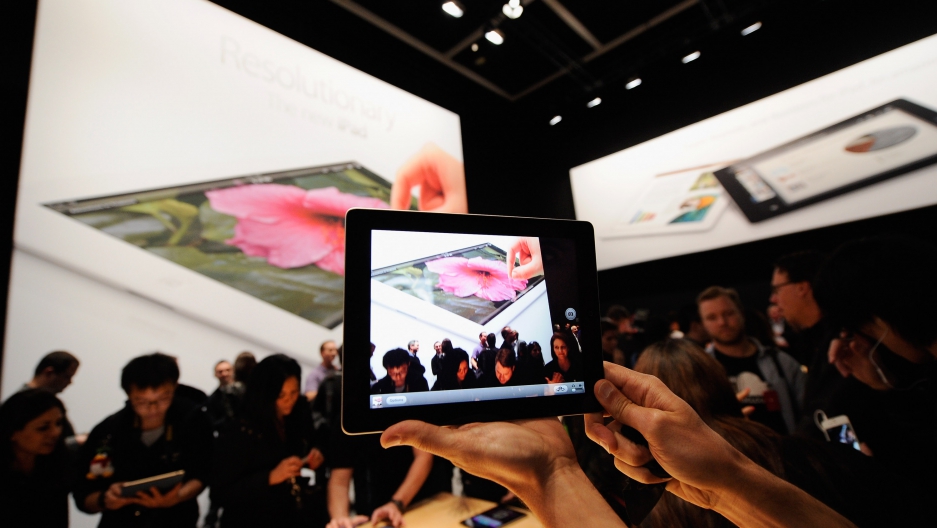 Sorry, techies. If you're after the new iPad, you're going to have to wait.

"Customer response to the new iPad has been off the charts and the quantity available for pre-order has been purchased," Apple said in a statement quoted by the paper.

The new iPad is scheduled to become available in retail stores March 16, meaning the only way left or a consumer to get one that day will be to wait in line at an Apple store or reseller.

"If past is precedent, there could be long waits in line at some Apple Stores when sales begin at brick-and-mortar locations," USA TODAY said.

Demand for the new device appears at least as intense as demand was for its predecessor, the iPad 2.

"By Thursday morning, less than a day after it appeared on the U.S. store, ship dates for the 16 GB models had slipped from one day to three. By Friday, according to several sources, ship dates for all models in all 25 countries had slipped to anywhere from 3 days to 3 weeks," CNNMoney reported.

Prices for the new iPad start at $499 in the US for a WiFi-only model with 16 gigabytes of storage. The 4G version starts at $629.

More from GlobalPost: Chinese cars made in Bulgaria