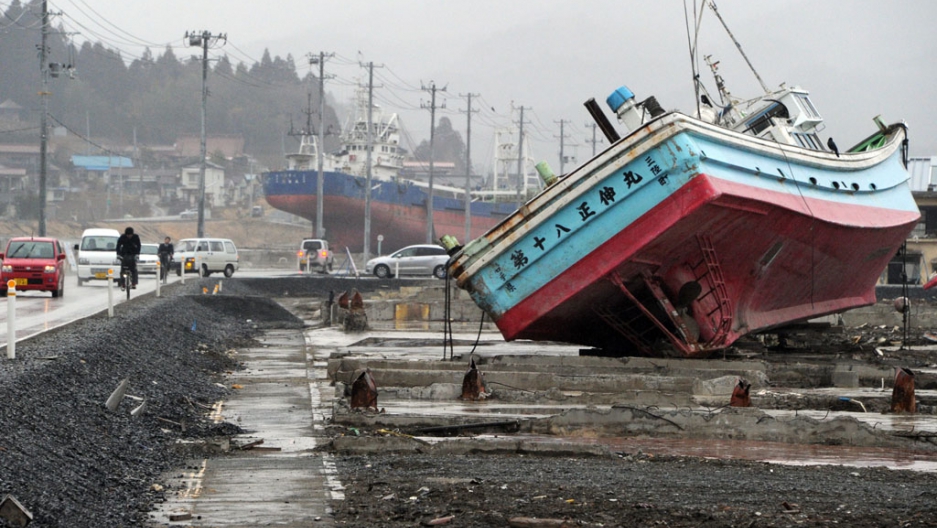 KESENNUMA, Miyagi Prefecture — It says much about the ruthlessness of the March 11 tsunami that it laid waste to a region whose economy is heavily dependent on the ocean.

Few will forget the images of thousands of small wooden boats being crushed like matchwood and deep-sea trawlers carried away by the waves and deposited far inland.

For a while, it appeared that fishermen in the Tohoku region — renowned for its tuna, saury, salmon, oysters and clams — would never again be able to earn a living from the sea.

Such was the extent of the damage. Some feared that the catastrophe had emptied their coastlines of life for good. Eventually, though, the filthy, debris-strewn waters receded and the ocean began the long process of recovery.

A year later, fishing boats are back out on the sea. Tuna longliners return to port from voyages of several weeks. Oyster boats gently ply across the narrow coves whose shape lent the tsunami even greater force as it approached the shore.

It isn't surprising that much of the story of Tohoku's early recovery is about the revival of local fisheries, often involving men and women forced by their piteous circumstances to pool resources and expertise.

In the village of Ogatsu, a group of fishermen now bring hauls of sea squirt, oysters and clams back to a shore where only a few buildings remain along the narrow stretch of coastline that was once the center of the local community. They refused to wait for government help, and instead turned to individual investors with help from a Japanese trading company.

Farther north, in Ofunato, Iwate Prefecture, a lone entrepreneur has rebuilt his business in the hollowed-out shell of a convenience store, salvaging the some of the few remaining boats and giving hope to the town's dispossessed fishermen.

These individual stories of endeavor aside, Tohoku fisheries face a bleak future. The damage to the region's fishing infrastructure was so widespread that few believe a return to the pre-disaster days is possible.

Fishing was in decline long before the tsunami, contributing only 0.2 percent of Japan's GDP, while the number of fishermen has dropped to 200,000 from about a million since the war.

The tsunami has only quickened their exodus: In Miyagi prefecture, almost a third of fishermen surveyed said they had no intention of returning to the sea.

Many couldn't even if they wanted to. According to government data, losses to the fishing industry in the disaster zone came to more than 1.2 trillion yen ($14.8 billion). In all, 319 fishing ports and 22,000 fishing boats were damaged by the March 11 disaster. Major fishing ports in the hardest-hit three prefectures from the March 11 disaster saw a 60 percent drop in overall hauls in 2011 from the previous year.

If that wasn't enough to contend with, consumer unease over radiation from the Fukushima Daiichi power plant presents an additional challenge to fishermen like Shigeatsu Hatakeyama who have finally relaunched their businesses.