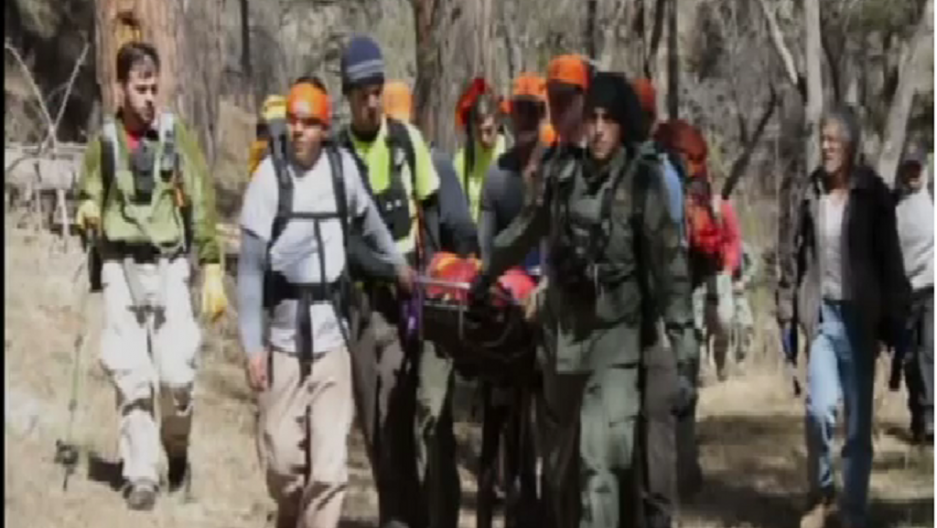 Margaret Page (41) was found alive in her sleeping bag with her cat after a month missing in New Mexico's Gila National Forest
Credit: KRQE
Share

A woman and her cat have emerged from Gila National Forest in New Mexico after being missing for almost a month.

Margaret Page (41) from Albuquerque and Miya, her cat, had been stranded in the park since going on a hike around Feb. 10, the local KRQE news service reports.

Officials are quoted as saying that Page was barely able to speak and had lost one-third of her body weight.

Associated Press says that she had survived by using her sleeping bag to keep warm, rationing the food she had brought with her and drinking water from a nearby creek.  However, she is said to have run out of food about a week ago.

Page had told her family she was traveling to Florida and, though the Forest Service noticed her car on Feb. 25, State Police weren't notified until 10 days later.  She was found by search and rescue teams about 25 yards from the trail after just an hour of searching, says the Silver City Sun news.

"When they called in at 9 and said we found her, my chin dropped and I said 'is she alive?'" Glenn Tolhurst, the operations section chief for the search is quoted as saying. "They said 'she's alive. And she's got a cat.'"

Page was said to malnourished but well-hydrated and checked herself out of hospital later on Wednesday.