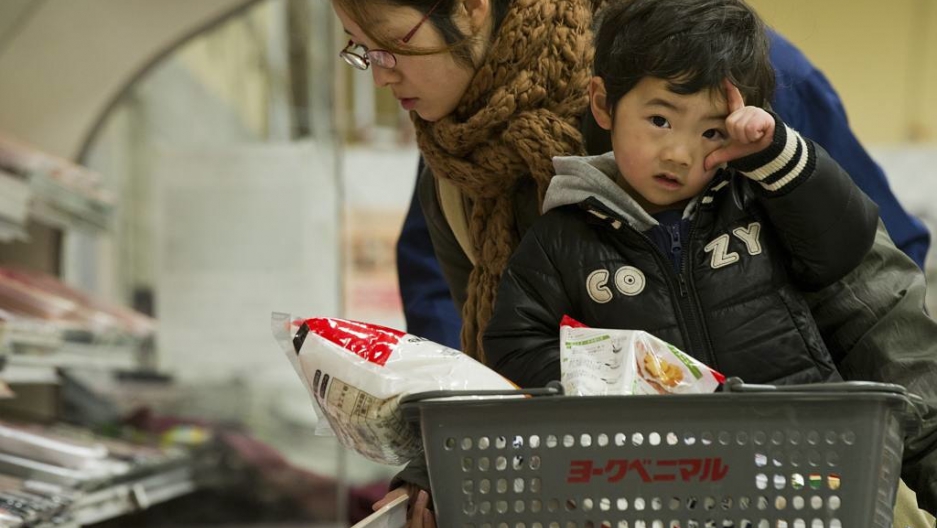 A woman and child shop at a supermarket in Sendai, Miyagi prefecture, on March 20, 2011.
Credit: Fred Dufour
Share

IITATE, Fukushima prefecture — Of all the stories of despair and hope to emerge from northeast Japan, the fate of the tens of thousands of people living near the Fukushima Daiichi nuclear power plant has resonated most.

Supporters of nuclear power — or those who are skeptical about the wisdom of its possible disappearance from Japan — like to point out while almost 20,000 people died in the tsunami, radiation has yet to claim a single life.

But Fukushima is not a victimless accident. Since March 11, more than 500 deaths have been directly attributed to the nuclear disaster. The victims include elderly evacuees who were unable to endure the physical and mental upheaval of being torn away from the homes they had lived in all their lives, and in which they expected to die peacefully.

The nuclear crisis has also provoked questions to which no one has been able — or willing — to provide a satisfactory answer. How will farmers, fishermen and others who lost their livelihoods to radiation be compensated? Will that compensation fairly reflect their loss? When will the evacuees be able to return home? Or will some areas remain off limits for good?

Soon after the disaster, almost 80,000 people were forced to flee the towns and villages that lie within a 20-kilometer (13-mile) radius of Fukushima Daiichi. Weeks later, tens of thousands more were evacuated from communities farther afield where unusually high levels of radiation had been identified.

They include Iitate, a farming village located 39 kilometers (24 miles) from the nuclear plant, whose 6,000 residents have been dispersed across Fukushima prefecture and other parts of Japan.

But some residents say the official evacuation of the village in June came far too late.

Kumiko Abe, who evacuated Iitate voluntarily in May, no longer believes official explanations of the health risks associated with moving back. Local officials have said that parts of the village may be safe to return to in about five years. But how, she and others are asking, can a village that is 75 percent mountainous forest ever be rid of radiation?

Young people, especially those with children from the Fukushima area, may never return. If that happens, a grim future awaits Minamisoma, a city on the edge of the exclusion zone. There, the population fell from 71,000 to 10,000 in the days after the meltdown. It has since recovered to 43,000, local authorities say, but most of the returnees are middle aged and elderly.

We won’t know for years whether the Fukushima generation will choose to return to a state of nuclear uncertainty or if, like their counterparts farther north, they will opt to find peace of mind elsewhere.