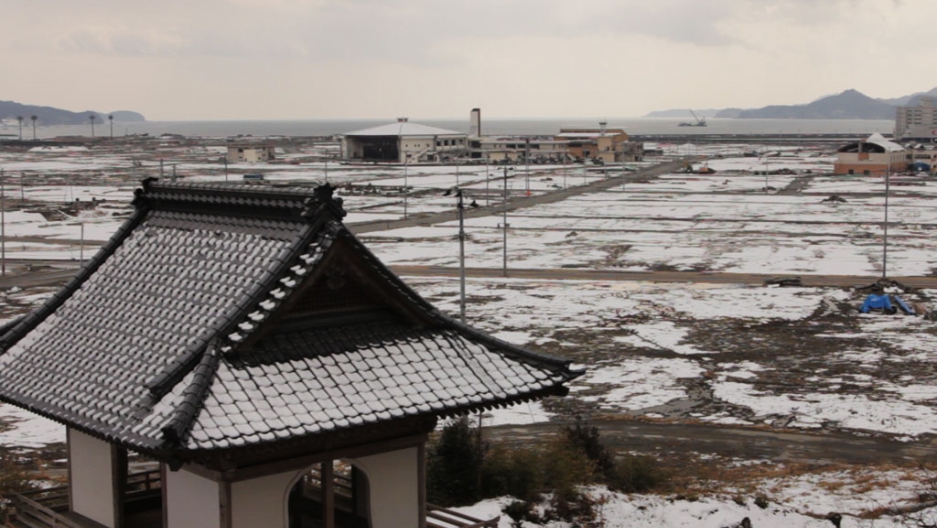 RIKUZENTAKATA, Iwate Prefecture — The cost of rebuilding the coastal communities ravaged by the tsunami will run into the billions of dollars. But for survivors like Yukuhisa Ojima and hundreds of thousands of others, progress is taking place against a backdrop of unimaginable tragedy.

He, like so many others, still mourn the loss of close relatives swept to their deaths on the afternoon of March 11.

A year later, almost 16,000 people have been confirmed dead, while 3,300 are still missing. Several times a week, coast guard personnel patrol the inlets and harbors of Tohoku in the vain hope that they might find a body — now identifiable only by DNA — and give another family the chance for some kind of closure.

Life is only marginally better for those who have been able to give their relatives a proper send off. Too traumatized by their proximity to tragedy, or simply unable to find work and a permanent home, tens of thousands are seeking a new life elsewhere.

Studies show the population of the three worst-hit prefectures has dropped by more than 55,000 since last March. The town of Otsuchi alone has seen its population fall by 18 percent, along with two-thirds of its tax revenue.

All that remains in these communities is the debris the tsunami left in its wake - 23 million tons of material, almost all of which still sits in towering piles along the coastline. The rest of Japan, it seems, is unwilling to share Tohoku's debris burden, citing lack of space and concern that the waste is radioactive, even though Fukushima debris will be stored locally.

There is a growing realization that the government's ambitious 19 trillion yen ($234 billion) program to transform the damaged coastline into sustainable — and safe — cities, towns and villages will be pointless unless there are people to inhabit them.

About 326,000 survivors live in temporary homes, including residents from the nuclear evacuation zone who may never be able to return to their irradiated neighborhoods. Employers are now worried about serious labor shortages as the region's industries attempt to regroup.

On March 11, survivors will return to their flattened neighborhoods to attend memorial services. At 2:46 pm, they will remember the people they lost a year ago. Some, perhaps, will also bid a silent goodbye to the places where their homes once stood.