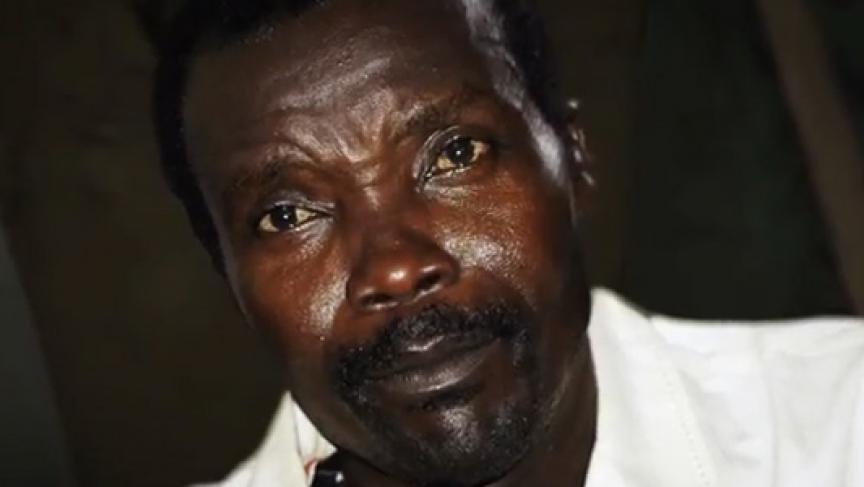 Share
More than 36 million people have watched the video Kony 2012 on YouTube this week. The video is about Joseph Kony, infamous head of the Ugandan guerrilla group, the Lord's Resistance Army. The new video is introducing Joseph Kony to a lot of people, but it's also generating a lot of criticism. The World's Jason Margolis has more. The 30-minute video begins with some pictures of earth from space, babies being born, and people using Facebook and Twitter. Film's Narrator: "Humanity's greatest desire is to belong and connect." About three minutes into the video, we meet the filmmaker, Jason Russell, and his young son, Gavin. Film's Narrator: "He loves jumping on the trampoline, being a ninja, and dancing." At this point, it's not clear what this film is about. Ten minutes on, the filmmaker is at a table with his young son. Father: "This is the guy, Joseph Kony. Son: He's the bad guy? Father: "Yea. Joseph Kony, he has an army, OK? And what he does is he takes children from their parents, and he gives them a gun to shoot, and he makes them shoot and kill other people." Effective filmmaking. But also manipulative and narcissistic. Rosebell Kagumire: "My first reaction was oh, this is another video kind of glorifying somebody saving African children." Rosebell Kagumire is a Ugandan blogger. She says the film also gets the facts wrong. For one thing, Joseph Kony is no longer in Uganda. He and the LRA were driven out six years ago. The film doesn't make this clear, nor does it show the post-conflict rehabilitation going on in northern Uganda. Kagumire says this film is overly simplistic. Rosebell Kagumire: "So I would not set my video as one bad guy against other good guys. We know that this war has been very much complex, the armies involved have committed crimes themselves. So let's not sensationalize an issue, that is much deeper than this." I asked Ashley Benner what she thought of the film. She follows the LRA, for the Enough Project, a DC-based organization that works to end genocide and crimes against humanity. She likes the video. Ashley Benner: "It's a really important video. The story of the LRA and Joseph Kony has not been prominent in the attention of the international community but it's a story that really does need to reach far and wide." The film definitely accomplishes that. It's geared toward galvanizing teenagers says Maria Burnett, a Uganda expert with Human Rights Watch. Maria Burnett: "The film is not set up for sort of key policymakers or elites who are in a position to understand the dymanics and details and history of the conflict." That said, she says it does bring attention to an issue that has been easy for governments to overlook. There's one more controversial element to the film. At the end, the filmmaker and his organization, Invisible Children, suggest three ways to get involved. Two are donating money to his group. Film's Narrator: Everything you need is a box called the Action kit, it has two bracelets, one for you and one to give away." The action kit costs $30. Critics say the group spends too much of that money on making films and paying the filmmakers, and not enough on programs in Africa. The organization posts its yearly financial statements online. It says people are free to look, then decide for themselves if they want to donate.