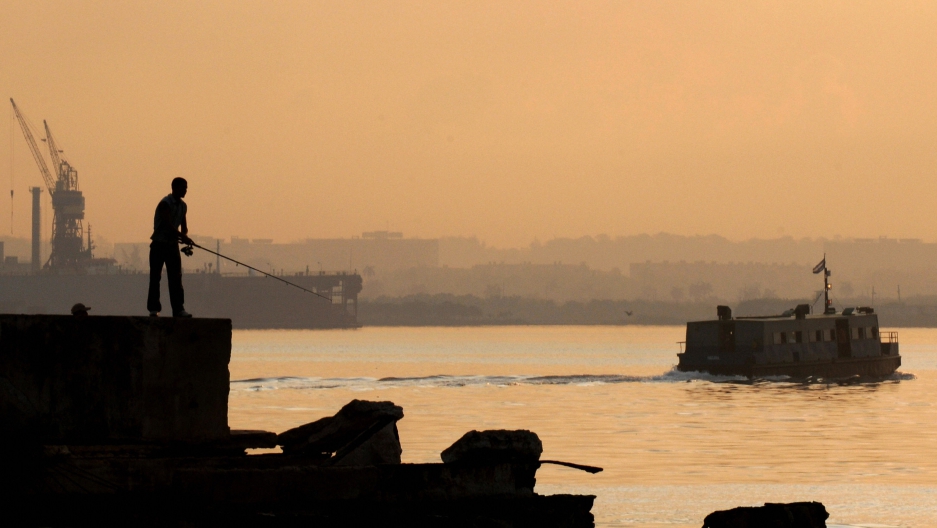 He's hosting a major diplomatic summit next month of the Organization of American States (OAS), and the one country that isn't invited — Cuba — is Santos' best hope for keeping the event from falling to pieces.

The April 14 to 15 Summit of the Americas in Cartagena, Colombia will have no shortage of pressing issues for the region’s leaders, including US President Barack Obama, to discuss — including drug trafficking, trade, energy and environmental protections.

But it is the festering 50-year-old US-Cuba standoff that most threatens to spoil Santos’ party.

It’s the usual stuff: The United States says Cuba doesn’t belong at the summit, because Havana isn’t a member of the OAS and the island would have to adopt sweeping democratic reforms to join it.

Not fair, say Havana’s allies from the Venezuela-led ALBA bloc, including Ecuador, Bolivia and Nicaragua, suggesting they might sit out the meetings if Cuba can’t attend. Many other Latin American countries also have pushed for Cuba's re-entry.

On Thursday Cuba's Foreign Minister Bruno Rodriguez said it was "unacceptable" for his country to be shut out of the meeting, blasting the OAS as the instrument of American "annexation" of Latin America.

It wasn't clear if Cuba would encourage ALBA countries to stay away from Cartegena, or give the blessing for its allies to attend.

Santos said before departing Havana Wednesday that Cuba's exclusion should be a topic of discussion at the summit, but indicated Castro had given him an assurance he wouldn't do anything to endanger the event.

President Barack Obama and 33 other leaders are expected to attend.

The United States is the only country that objects to Cuba's presence, Rodriguez added.

Santos is eager to showcase Colombia’s re-emergence after decades of civil war and drug cartel violence, but he’s stuck between his US ally and his leftist neighbors, with Cuba complicating matters by saying that yes, actually, it would like to attend the summit after all.

Santos departed Havana Wednesday evening without spending the night, but he was the first Colombian president to visit Cuba in a decade. He also met separately with Venezuelan President Hugo Chavez during the visit to advance a pending bilateral trade agreement.

Chavez is in Cuba for cancer treatment after undergoing surgery on the island last month.

As the host of the summit, it up to Colombia whether or not to invite Cuba, and Santos told reporters prior to departing that such an invitation was unlikely.

"As we have said from the beginning, it is a matter that requires consensus, a consensus that unfortunately we have not been able to find," Santos said, thanking Castro for expressing a desire to not create problems for the summit.

But it’s unclear what Cuba’s allies will have to say about the island’s exclusion.

Ideological divisions in the Americas are nothing new. But what’s notable about Santos’ Cuba trip is that it highlights the loss of US clout in the region, argues Geoff Thale, program director for think-tank the Washington Office on Latin America (WOLA).

“Whatever happens with Cuban participation, the willingness of Colombia’s president —one of the United States’ closest allies in the region — to go out of his way to meet with Presidents Castro and Chavez makes it clear that Washington’s Cuba policy marginalizes the United States in Latin America,” Thale wrotein an email.

Chavez created ALBA in part as an alternative to the US-based OAS, and the organization’s member states include Antigua and Barbuda, Bolivia, Cuba, Dominica, Ecuador, Nicaragua, St. Vincent and the Grenadines and Venezuela.

“The widespread support in Latin America for Cuba’s participation in the summit — and the willingness of many governments to push the issue — underscores the decline of US influence in the region,” Thale said.

Cuba was kicked out of the OAS in 1962 at the height of Cold War tensions, but OAS member states voted in 2009 to overturn the suspension, opening the way for the Castro government to re-join.

Havana has said it isn’t interested in returning to full OAS membership — another reason the US State Department argues Cuba has no business being at the summit.

State Department spokesman Mike Hammer said last month that if Cuba wants to attend, “it must begin the (reintegration) process with the OAS and clear some doubts regarding basic liberties which are currently denied to Cubans.”

Cuban diplomats say they would like to attend the summit if host Colombia extends an invitation. But at a hearing last week of the House Foreign Affairs Committee, US Secretary of State Hillary Clinton told lawmakers there was “absolutely no basis and no intention” to invite Cuba.

"They don't fit the definition of democratic countries and the development of democracy in the hemisphere," she said.

Moderate Latin American leaders have been burned in the past by attempting to smooth out the US-Cuba divisions that can get in the way of more urgent business.

In 2002, Mexican President Vicente Fox asked Cuba’s then-President Fidel Castro in a private phone conversation to make an early exit from a United Nations development conference in Monterrey, so that Castro and President George W. Bush wouldn’t have to cross paths.

Castro got his revenge by broadcasting a recording of the phone call, including Fox’s request “as a friend” for the Cuban leader to “eat and then leave,” in what became a major embarrassment to the Mexican president.