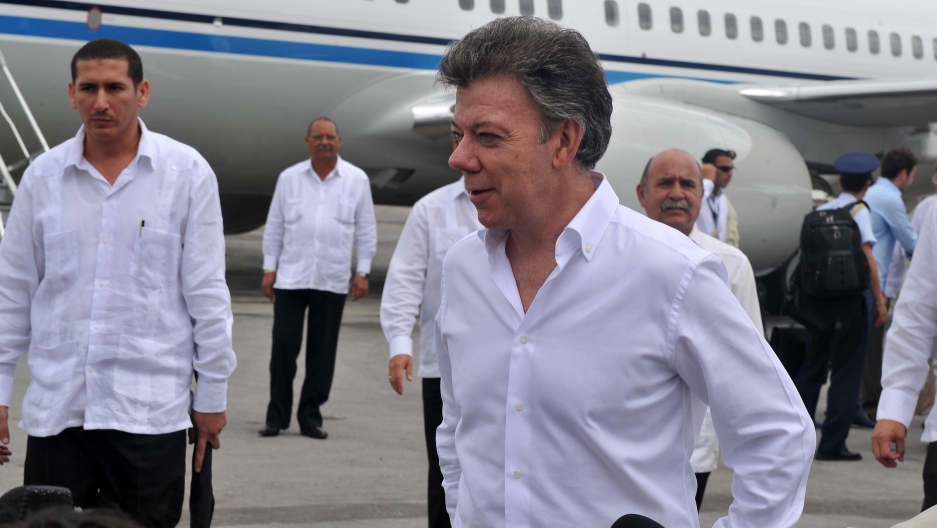 Colombia’s President Juan Manuel Santos has said Cuba will not be invited to the Summit of the Americas in Cartagena, Colombia next month, averting a diplomatic row with the US who had opposed Cuba’s participation.

Several countries had threatened to boycott the summit unless Cuba was admitted. However, following talks with Cuban President Raul Castro in Havana Wednesday, Santos said in the absence of consensus on the matter he could not issue an invitation, adding that Cuba had understood the situation and did “not want to create a problem for the summit or for Colombia.”

In a statement published on Colombia’s presidential website, Santos said: “I told President Castro that we appreciate his desire to participate in this meeting, but it’s hard to extend an invitation because of the circumstances that did not allow us to reach a consensus,” Bloomberg reported.

According to Reuters, the Cuban Foreign Minister Bruno Rodriguez held a news conference today, denouncing his country's exclusion from the summitt and accusing Washington of "disdain and arrogance."

"It is unacceptable and unjustifiable," Rodriguez was quoted as saying. "What [the US] has done is reiterate an old, failed policy that has lasted 50 years, which doesn't work and which someone should think about revising."

According to the BBC, the US said Cuba could not attend the summit because the Caribbean island nation is not a democracy. The meeting is usually only open to members of the Organization of American States (OAS), and Cuba was suspended from the group in 1962 because of its communist system of government.

As summit host Colombia had the final decision. The country is a close ally of the US, but Santos was eager to avoid a boycott of the summit on April 14-15 by leftist Bolivarian Alliance (ALBA) members like Venezuela and Ecuador, according to the Associated Press.

The agreement brokered in Havana Wednesday – the first visit to Cuba by a Colombian president in a decade – effectively prevents the dispute from triggering a broader diplomatic row in the region, and marks a victory for Santos, who is pushing hard to prevent himself as a regional mediator, Reuters reports.

During his visit to Cuba Santos also met Venezuelan President Hugo Chavez, who is recovering in Havana following surgery for cancer.