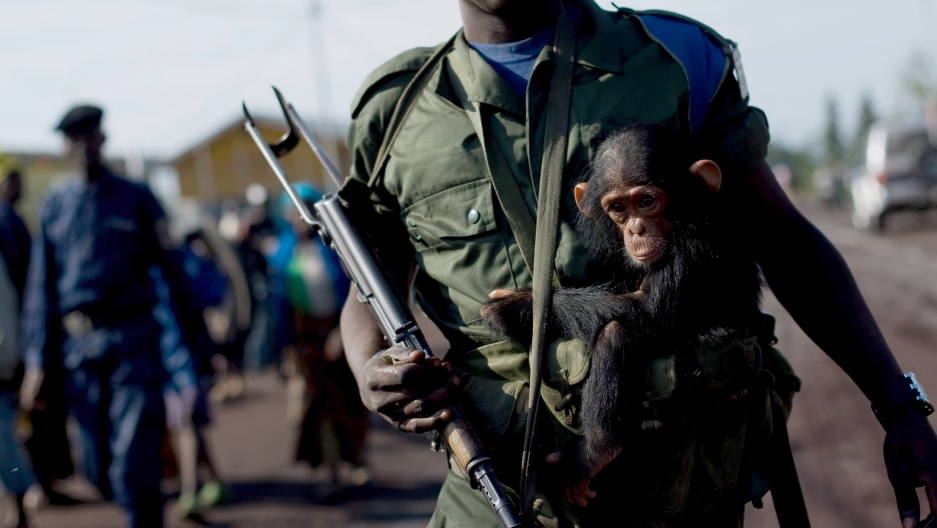 A new study at the University of Zurich found that chimps sometimes act as neutral arbiters to maintain social cohesion in groups rather than for personal benefit.

"Policing," as it is called, is when an impartial primate gets between warring parties in a dispute to act as a peacemaker.

According to Science Daily, this form of early evolutionary moral behavior occurs in chimps, gorillas, orangutans and other primates, and, until this study, had only been understood anecdotally.

io9 reported that Swiss researchers studied one group of chimpanzees in a zoo in Gossau, Switzerland, for nearly 600 hours over two years.

The primatologists ensured that social strife in the group was common, for instance, by adding three new female adult chimps to disrupt the order and power structure in the group. This led to struggles between males where policing was observed said MSNBC.

"We were lucky enough to be able to observe a group of chimpanzees into which new females had recently been introduced and in which the ranking of the males was also being redefined. The stability of the group began to waver. This also occurs in the wild," said Claudia Rudolf von Rohr, the lead author of the study, according to Science Daily.

According to the study, "cops" could be observed in the chimps when several chimps got involved in a larger conflict, said io9.

Yet, not just any chimp acted as an arbitrator. Rather, the "cops" tended to be from the alpha and beta groups of both males and females.

The researchers said that the study could help us to understand the development of the complex role of peacekeeping and policing in human societies.

"The interest in community concern that is highly developed in us humans and forms the basis for our moral behavior is deeply rooted — it can also be observed in our closest relatives," said researcher Claudia Rudolf von Rohr at the University of Zurich.

The study was published in the journal PLoS ONE.