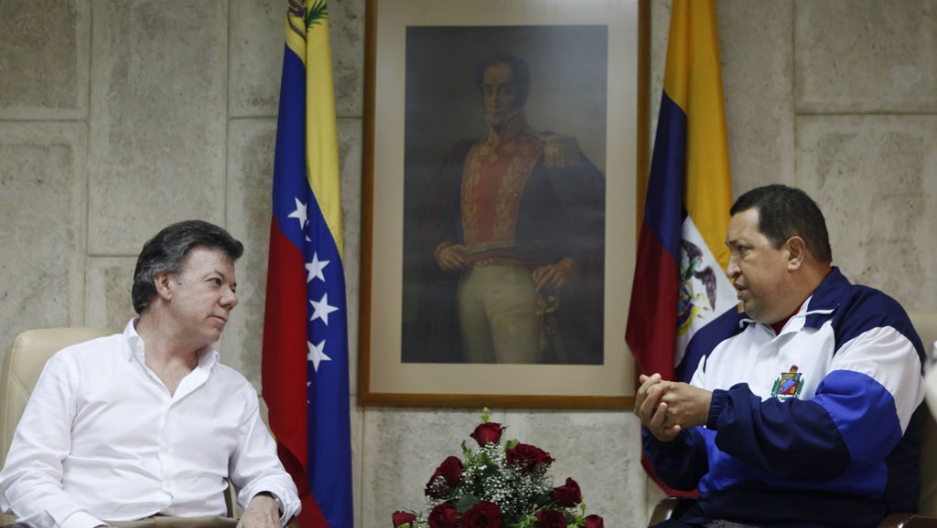 CARACAS, Venezuela — Venezuela's President Hugo Chavez is to return to Caracas next week after cancer surgery, according to his Colombian counterpart Juan Manuel Santos who visited the socialist leader in Cuba Wednesday.

The Venezuelan president had a lesion removed early last week, a recurrence of last year's cancer. He appeared on state television on Sunday to announce that further radiotherapy will be necessary over the coming months.

"We found him in good health, happy, in high spirits," Santos said of Chavez, reported Reuters. "He told me his recovery is going well."

News of this latest treatment is hitting October's presidential election here as supporters wonder whether Chavez will be able to continue in power both until then and into a new six-year term should he win.

Chavez has remained defiant. "I will overcome," he said on Sunday, adding that the latest lesion was completely extracted with no metastasis.

Despite this, Chavez's language has changed slightly. On leaving for Cuba two weeks ago, Chavez spoke for the first time about his immortality. "Independent of my personal destiny, this revolution already has its own momentum and will not be stopped by anybody or anything," he said.

Opposition leader Henrique Capriles Radonski has remained quiet on the subject of his opponent's health, knowing that to use it as part of his campaign would quickly alienate voters who are undecided or have growned disillusioned with Chavez.

Santos was in Cuba this week in order to placate authorities there ahead of April's Summit of the Americas in Cartagena, a coastal city in Colombia. Cuba will not be invited to the summit, averting a diplomatic row with Washington.