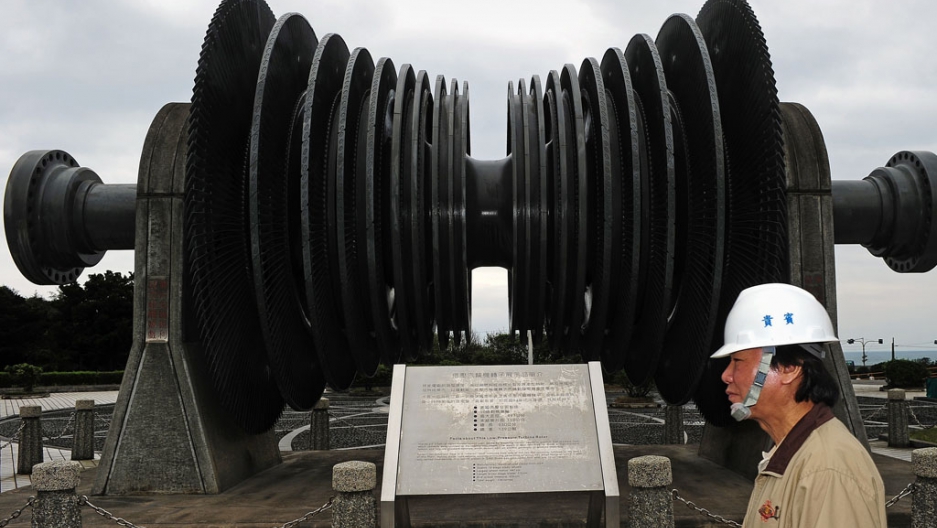 TAIPEI, Taiwan — In the year since Japan's Fukushima disaster, much of the world has turned away from nuclear power. Germany has plans to close down all of its nuclear plants by 2022, and Japan has already shut down all 54 reactors.

But Taiwan is not following suit. Despite campaign promises to move Taiwan away from nuclear power, the newly re-elected President Ma Ying-jou has vowed to go forward with the opening of a contentious fourth nuclear power plant.

Taiwanese anti-nuclear activists are crying foul, saying that more than feeling betrayed by Ma, they believe the Longmen plant is simply not safe. It puts the general population at great risk, they say, and could lead to further nuclear investments on this earthquake- and tsunami-prone island.

In the run up to January’s presidential poll, and in the wake of Fukushima, Ma said all the right things to an electorate that had grown disenchanted with the benefits of cheap nuclear power for a resource-strapped country that imports 99 percent of its energy needs.

Ma promised to gradually phase out nuclear power and only open the troubled Longmen plant, which has been beset by obstacles since it started being built in 1997, if stricter safety requirements were met.

“It’s safety first. The fourth nuclear power plant will not be commissioned until all safety considerations have been addressed. The highest guiding principle of this government’s nuclear energy policy is to ensure the safety of nuclear power,” Ma told a presidential rally in November. “In other words, we would rather sacrifice nuclear power than allow a nuclear disaster."

However, critics say the two-term president has not demanded more stringent safety requirements, and has ignored reports that depict the plant as unsound.

A study of the plant by The Fourth Nuclear Power Plant Safety Oversight Committee — an umbrella group of NGOs, scientists and experts charged with overseeing the build — found about 40 flaws in the plant’s design, construction and operating system that were being ignored by both Taipower and Ma’s administration.

Taipower is the state-run energy behemoth with a spotty safety record that won the Longmen plant’s closed bid despite having no experience in building nuclear reactors from scratch. Taiwan’s three other nuclear plants were turn-key projects of US-based Westinghouse and General Electric, two of the most respected names in the business.

More from GlobalPost: Has Linsanity turned into insanity?

“Ma said that the plant would not open without meeting all safety requirements and running comprehensive trial operations. Now he is turning a blind eye to the recommendations of experts,” said opposition lawmaker Pan Men-an.

An opposition caucus, of which Pan is a member, has called for the immediate suspension of work until the problems are resolved.

“Ma defied warnings of several prominent consultants on the construction of the fourth nuclear power plant and insisted on launching operations despite it being inconsistent with his pledge of 'gradually achieving the goal of becoming a nuclear-free country,'” the caucus said in a January press release.

Taiwan Today also reported that in pre-operation tests over the past 12 months, Longmen has been rocked by fires, blackouts and other irregularities.

More from GlobalPost: Taiwan may be one remarkable democracy

With a new Ministry of Economic Affair’s energy blueprint calling for an expansion in coal-fired and nuclear plants, Ma’s administration has been accused of an abrupt about-face on a wildly unpopular issue that had galvanized support against his pro-business Kuomintang party. The Presidential Office and Ministry of Economic Affairs were unavailable for comment despite repeated attempts to contact them.

“While we never really believed Ma, the point I would like to stress is this: This plant just isn’t safe,” said Aiya Hsu, coordinator of Green Citizens’ Action Alliance, an environmental NGO.

“All of our reactors are on the coast. We straddle the Ring of Fire and we have as much likelihood of tsunamis as Indonesia or Japan. The fourth plant is already infamous for Taipower’s management incompetence. You add those up, and how can anybody guarantee nuclear safety in Taiwan?” he said. The Ring fo Fire is an area with a large number of earthquakes and volcanoes in the Pacific Ocean.

Critics of Taipower’s handling of the plant paint a grim picture of incompetence and a systemic lack of oversight and transparency in dealing with Longmen’s shopping list of problems — and there are many.

The build is already eight years over schedule. Its initial $2.8 billion dollar budget has ballooned by about 400 percent, and Taipower has been accused of cutting corners by sourcing a hodge-podge mix of components from different suppliers and employing local subcontractors who have no experience in bringing nuclear facilities online.

“It hasn’t even been commissioned yet and it’s already rated as one of the world's most dangerous plants by the World Nuclear Association," said Tien Chiu-chin, an opposition lawmaker and staunch opponent of nuclear power.

Nestled in an otherwise picturesque cove on Taiwan’s northeast coast, Longmen sits within 7 kilometers of a major seismic fault and is susceptible to the type of tsunami that crippled Fukushima in March 2011.

But unlike Fukushima, Longmen’s blueprints were given the green light despite lax requirements for earthquake proofing and protective flood walls.

Taiwan’s diplomatic isolation and fears it could restart a dormant weapons program that was abandoned in the 1980s following pressure from Washington, has resulted in the island being unable to recycle used fuel rods or send them abroad to be reprocessed.

At present, spent fuel rods are stored at the plants themselves, heightening the dangers of a potential meltdown. Taipower’s lone domestic nuclear waste storage facility reached capacity in the '90s, and Taipei doesn’t have a single agreement to send waste overseas.

One Taipower employee, who spoke on condition of anonymity due to the company’s strictly enforced employee nondisclosure agreements, says Longmen “is a potential powder keg that would dwarf Fukushima’s problems if something were to go wrong.”

“We should be giving priority to finding new places to store our waste, not working out new ways to increase the stored waste we already have,” he said.

And it gets worse.

Along with two other plants, Longmen, which is scheduled to become operational by 2016, sits within 8 kilometers of Greater Taipei’s 5 million residents.

“Fukushima has an exclusion zone of about 30 kilometers [19 miles], whereas Taipei sits right in the middle of a hot zone for all three plants,” said the Taipower employee. “The entire country is only about 300 kilometers [186 miles] long, if something happened, where would everybody go?”

Heightening those fears was a recent admission by the Taipei government that it would be impossible to evacuate Taipei in time if an accident were to occur.

“When I asked the [nuclear regulator] Atomic Energy Council what would happen if there was a meltdown while thousands of people were at the beach for one of the summer music festivals, they told me that ‘everybody knows the way back to Taipei. They can walk home,’” said Hsu of the Green Citizens' Action Alliance.

But for many of the plant’s vocal opponents, perhaps the real question should be: What would they do once they got there?