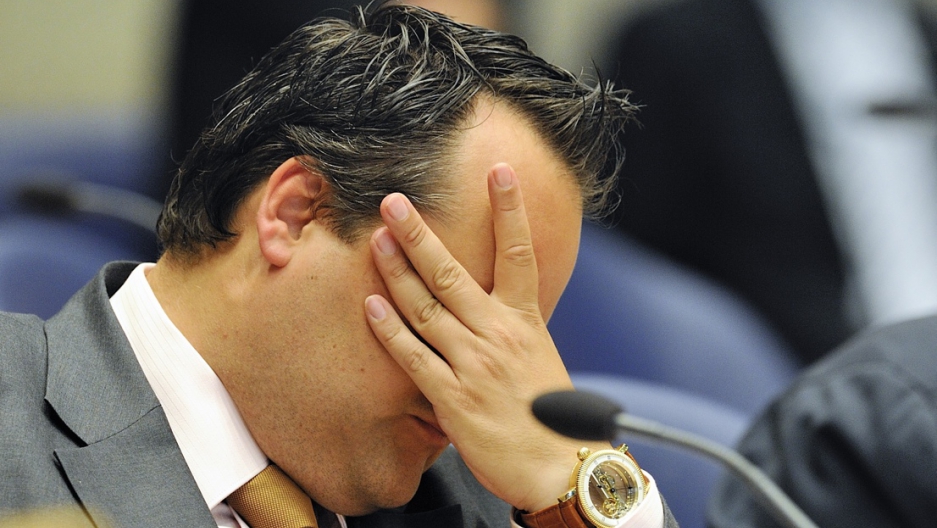 Austerity can be harder than it seems. Dutch Minister of Finance Jan Kees de Jager in a parliament debate.
Share

Editor's note: This is part two of a two-part series on the European Union's struggle to adopt harsh austerity measures in the wake of the debt crisis. Part one considers the broader impact of austerity in Europe. Part two zeroes in on Spain and the Netherlands — two countries facing open opposition to the measures at home.

BRUSSELS, Belgium — The ink from 25 European leaders' signatures was barely dry on the treaty designed to restore trust in the euro zone when two new fronts in the war to save the currency opened up in Spain and the Netherlands.

Opposition in both countries to austerity requirements underscores just how difficult it will be to bring the EU economies in line with Germany’s painful budget requirements.

The conservative leader announced his government would run up a budget deficit of 5.8 percent this year instead of the 4.4 percent previous agreed with the European authorities.

“The public deficit figure in our budget, is not something that I've told to the other prime ministers or heads of states, nor do I have to tell them. This is a sovereign decision to be taken by the Spanish,” Rajoy declared.

That would seem to fly in the face of a raft of recently agreed EU measures designed to avoid the go-it-along economic policies that saw Greece drag the euro zone to the brink of collapse.

Meanwhile the Dutch, until recently regarded as paragons of fiscal virtue, have found themselves facing the prospect of a government crisis after their budget deficit was predicted to creep up to 4.5 percent next year — way over the EU's 3 percent target.

Prime Minister Mark Rutte says the Netherlands will make the necessary budget cuts, but the far-right party on which his government depends for survival has a more radical solution: drop the euro.

“The euro is not in the interests of the Dutch people," said Geert Wilders, the leader of Freedom Party. “We want to be the master of our own house and our own country."

On Monday, he demanded a referendum on staying in the euro zone after producing a report commissioned from a London-based consultancy which calculated the Dutch would each be 1,800-euros-a-year better off if the Netherlands had kept its old guilder currency.

Meanwhile Wilders has threatened to block the estimated 9 billion euros in budget cuts needed to meet the EU targets unless the center-right government agrees to target policies he doesn't like, such as development aid for poor countries or support for culture.

Wilders, who made his name by attacking Islam, has recently switched the focus of his attention to the EU, complaining that hard-earned Dutch money is being used to finance Greek “crooks” and appealing for citizens to denounce “dirty” and “drunken” Eastern European migrant workers.

For all Wilders' bluster and widespread Dutch unease about the euro crisis, the Netherlands is unlikely to follow his call for a euro-zone exit. A poll published in December by market researcher GfK Verein showed 70 percent of Dutch want to keep the euro.

Spain's apparent revolt against the euro zone's new budget discipline could be more problematic for the EU.

“It is highly damaging for the credibility of the system that the first test case has a country as important as Spain in a significant political clash with the European Commission,” said Thomas Klau, senior policy fellow at the European Council on Foreign Relations think-tank.

Rajoy, Spain’s prime minister, says he needs more leeway with the budget this year after a recalculation of 2011 data found the previous Socialist administration had run up a higher-than-expected deficit of 8.5 percent. Given that, sticking to the original targets would have caused too much economic pain, he said, in a country facing recession and Europe's worst unemployment figures.

Despite missing this year's target, Rajoy promises he'll still get the budget shortfall below 3 percent in 2013.

In its public responses, EU's head office has been firm but polite in responding to Madrid's move.

“We believe that full compliance with the [budget rules] and meeting fiscal targets especially in countries experiencing market pressure, such as Spain, has been and remains the cornerstone of the EU's comprehensive response to the crisis,” European Commission spokesman Amadeu Altafaj Tardio told reporters Monday.

Privately, however many officials are fuming. There are suspicions in Brussels and other EU capitals that the Spanish government may have indulged in some Greek-style statistical skulduggery in producing last year's budget figures — deliberately making them more grim in order to justify weakening its austerity target.

Rajoy's government firmly denies that. But his announcement on Friday rattled markets.

The sudden emergence of a new Spanish problem, and the threat of Dutch recalcitrance, just days after the breakthrough on a second bailout for Greece demonstrated once again the whack-a-mole nature of the EU's crisis response.