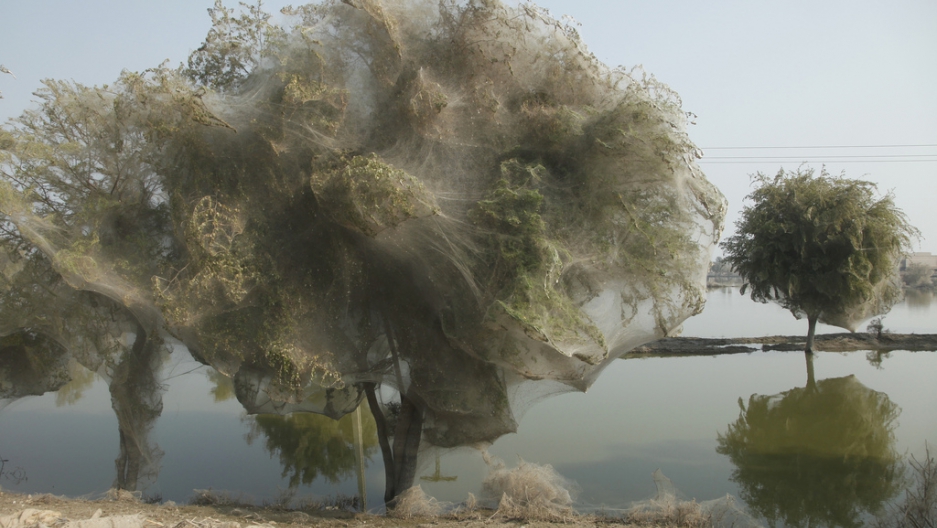 Here's news that might shock at least the 9,000 people evacuated from the flooded city of Wagga Wagga in south-east Australia: the town they left has since been overrun with spiders.

More from GlobalPost: 9,000 Australians evacuated as floodwaters rise in 3 states

According to Dr Owen Seeman, head of arachnids at the Queensland Museum, the spiders in question are a small, ground-dwelling species called the wolf spider.

Their hyperactive spinning is an attempt to escape the rising floodwaters, he told the Sydney Morning Herald: in a technique known as "ballooning," the spiders climb blades of grass and let out strings of silk in the hope the strings will catch the wind and carry them away.

The spiders are not in any serious danger from the floods, however, said Taronga Zoo keeper Brett Finlayson; in fact, the wet conditions have created something of a spider paradise.

The heavy rainfall means there are more insects for the spiders to eat, while the moisture makes their webs stickier to catch them, Finlayson said. Plus the spiders can drink the water droplets that hang on their silk.

The spiders do not pose any risk to humans, according to News.com.au.

Indeed, they may even be doing Wagga Wagga residents a favor by catching the extra mosquitoes hatching on the standing waters – much like those that covered trees in webs after the 2010 floods in Sindh, Pakistan, and thereby may have helped reduced the risk of malaria.