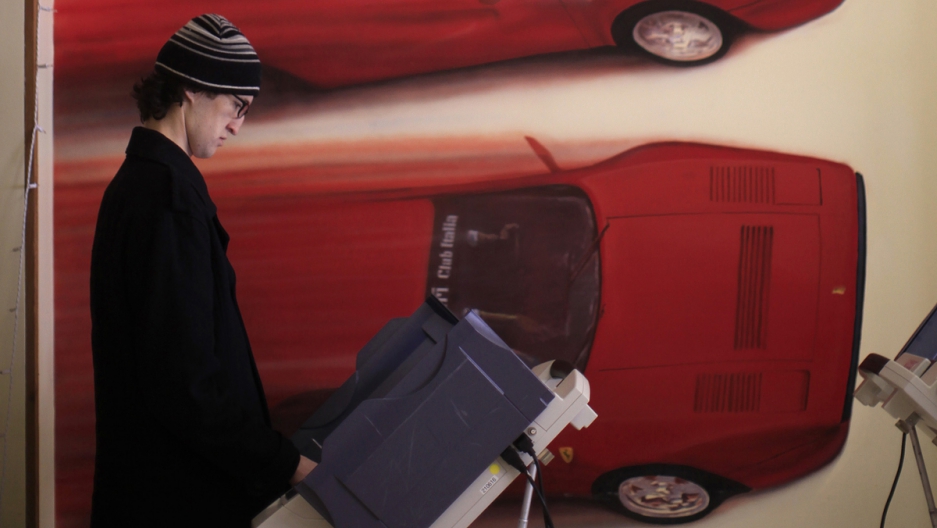 A voter looks over his ballot to place a vote at a polling station in Steubenville, Ohio, March 6, 2012. Republicans are holding their "Super Tuesday" presidential primary in 10 states. (Photo by Jim Young/Reuters.)

It's Super Tuesday and voters for choosing Republican presidential candidates in nearly a dozen states.

But perhaps more than any others, Ohio and Georgia and being looked at as bellwethers of just which candidate is going to come out on top over all.

In Ohio, recent polling shows former Mass. Gov. Mitt Romney with a narrow lead over former U.S. Sen. Rick Santorum. In Georgia, former House Speaker Newt Gingrich is on top, but just what portion of the delegates he takes is being closely tracked.

Sue Everhart, chairwoman of the Georgia Republican Party, said 76 delegates are being awarded in her state, with 42 being apportioned based on who wins in 14 individual districts. Of the remaining 34 delegates, three are state party officials and 31 are awarded based on the statewide election returns.

Kevin DeWine, chairman of the Ohio Republican Party, said delegates in his state are distributed by Congressional district, 16 in total, with the winner in each district taking all three of the district's delegates. Then, the remaining 18 delegates are distributed proportionally based on the overall vote count as well.

Everhart said she expected her 76 delegates would play an important role in the national convention.

"Particularly if it goes two rounds, then we are free to vote as we wish. I think 76 delegates, we're the fourth-largest going into the convention, so I think they'll pay a lot of attention to Georgia," said Everhart.

DeWine said, while delegates are distributed in large part proportionally, there's a lot of momentum that comes from coming out on top — even if it is by a narrow margin, as it was in Michigan last week and as it is expected to be in Ohio Tuesday night.

"Romney or Santorum, it could be a split where Romney could get a narrow victory and Santorum will still get a bunch of delegates, or Santorum will get a narrow victory and Romney could get a bunch of delegates," DeWine said. "The overall victory is symbolic, but I think at the end of the day, even in Ohio, the delegate count coming out tonight is going to be close."

Everhart said, while Gingrich is certainly a favored son and the likely victory in Georgia, she expects Romney will perform better than the polls indicate.

DeWine, too, thinks Ohio will present a very tight race.