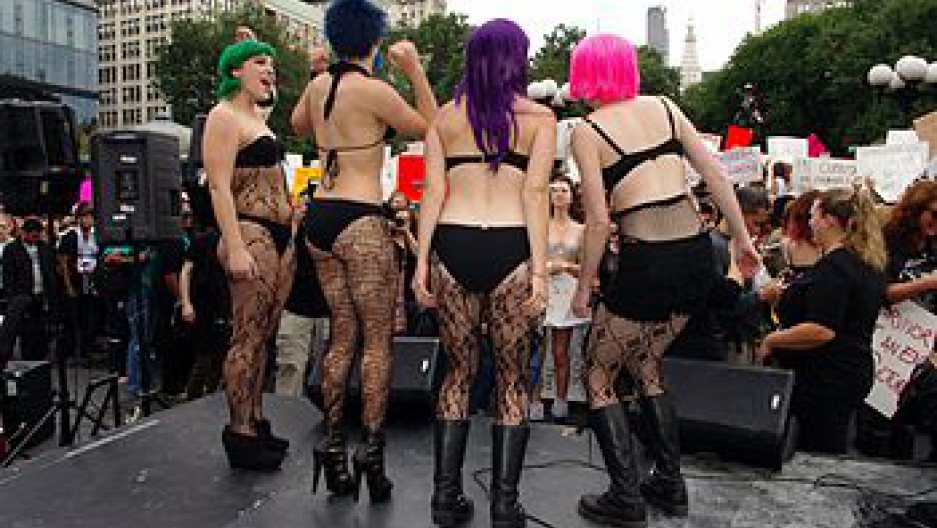 Sluts of the world, unite.

Or, as they say in Israel: "Be proud to be a sharmuta,” which is a Hebrew slang term for a woman who is sexually open.

Tel Aviv will host its first SlutWalk on March 16 and join a series of marches around the world in which women protest against male-dominated society's habit of blaming sexual harassment, or even rape, on a woman's appearance, Haaretz reports.

Yaara Lieberman-Kalif, an organizer of the Tel Aviv march, says that the effort in Israel started in Jerusalem.

"We hope it will be like it was abroad," she says.

"We will not ask anyone to come wearing revealing clothes, because the goal of this march is the opposite of coercion, it is to highlight the option of every woman (and man) to dress as she wishes, without social criticism."

The goal of using the rather blunt word "sharmuta" is to remove its negative connotation and present in a positive light feminine sexual openness, which is no less natural and legitimate than masculine sexual openness, said Lieberman-Kalif in the Haaretz interview.

Canadian women organized the first SlutWalks a year ago in Toronto, after a policeman said at a crime prevention safety forum that "women should avoid dressing like sluts in order not to be victimized."

A march was organized to protest his wording, which reflected a commonly held view that a woman who dresses in what is considered sexy attire is basically asking for rape, harassment or any other degrading, abusive and criminal treatment.

Since last year, SlutWalks have been organized in Canada, the US and Singapore. This month will see SlutWalks, or Mitzad Sharmutot in Hebrew, in Tel Aviv, followed by one in Haifa a week later.

And in April, sluts will make it to Jerusalem. No word on whether it'll be before or after Easter.

Either way, something tells me there will be plenty of bunny costumes.