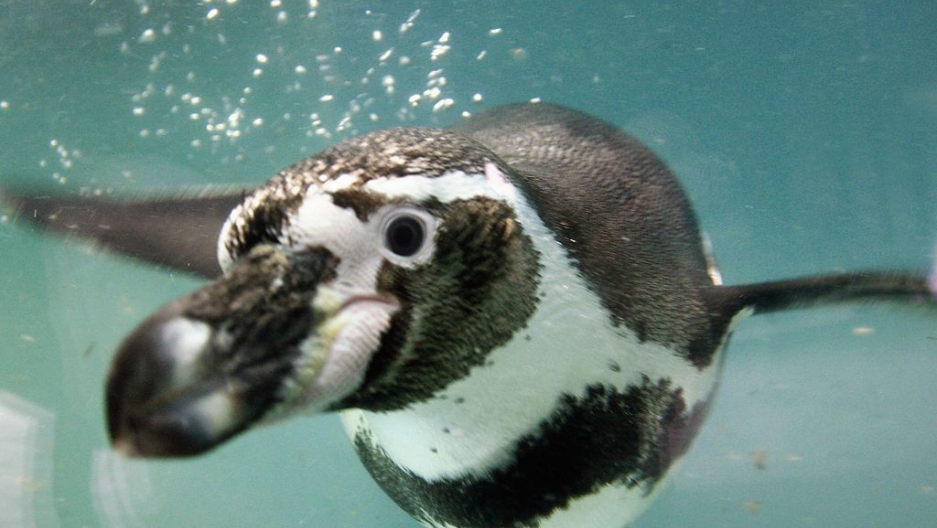 Wanted: have you seen this penguin?
Credit: Joerg Koch
Share

Keepers at a Japanese aquarium have appealed to the public to help them track down an escaped penguin, last seen headed for Tokyo Bay.

Tokyo Sea Life Park declared the 1-year-old Humboldt penguin missing yesterday, the Japan Times reported. The alarm was raised by a sharp-eyed official at a nearby wildlife park, who spotted the – ahem – jailbird making a break for it down the Old Edogawa river.

"Since then, we don't have any specific information about the penguin's whereabouts," said aquarium spokesman Takashi Sugino.

Keepers are at a loss to explain how the flightless bird escaped its enclosure, which is surrounded by a 2-meter fence. According to Sugino, it may have found a gap through which to clamber, or even scaled the barrier after being startled.

The park is asking members of the public to report any further sightings.

"We apologize for causing trouble to local residents. Although the penguin will unlikely harm human beings, please contact our aquarium if you spot it, without trying to capture or chase it," a notice said.

The missing penguin is around 60 cm tall with a blackish back and white chest, the Mainichi Daily News helpfully added.

Meanwhile zoo officials are scouring the river where the runaway was last sighted, Agence France Presse reported, but are not hopeful they'll recapture the bird in the water.