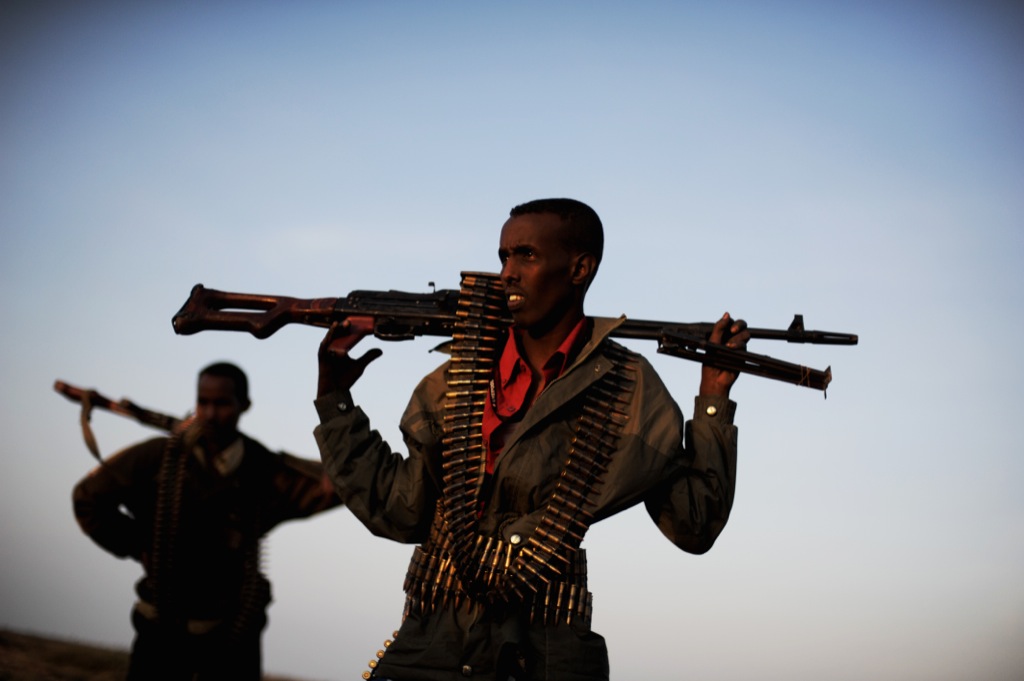 An American journalist was kidnapped in Galkayo, Somalia. Here, armed men providing security to the local Galmadug administration official hold their high caliber weapons as they stand in a field in the plains near the central Somali town of Galkayo on Aug. 18, 2010.
Credit: Roberto Schmidt
Share

Masked gunmen in Somalia have shot and killed a journalist in the north-central town of Galkayo.

Ali Ahmed Abdi, 26, was shot several times in the head as he walked home Sunday evening, Agence France-Presse reported. He had worked for privately owned Galkayo Radio and also contributed to the Somali Online news website.

Somalia, which has been in a state of anarchy for 20 years, is one of the world's most dangerous places for journalists to work.

The National Union of Somali Journalists (NUSOJ) said Abdi is the third Somali journalist to be killed this year.

"This is an outrageous and brazen act of cruelty committed against a young journalist and his killers must not be held above the law," Omar Faruk Osman, NUSOJ secretary general, said in a statement.

"It is very agonizing period that we have lost a colleague in every single month of this year."

Galkayo straddles the border between Puntland and the self-proclaimed separate region of Galmudug in central Somalia.