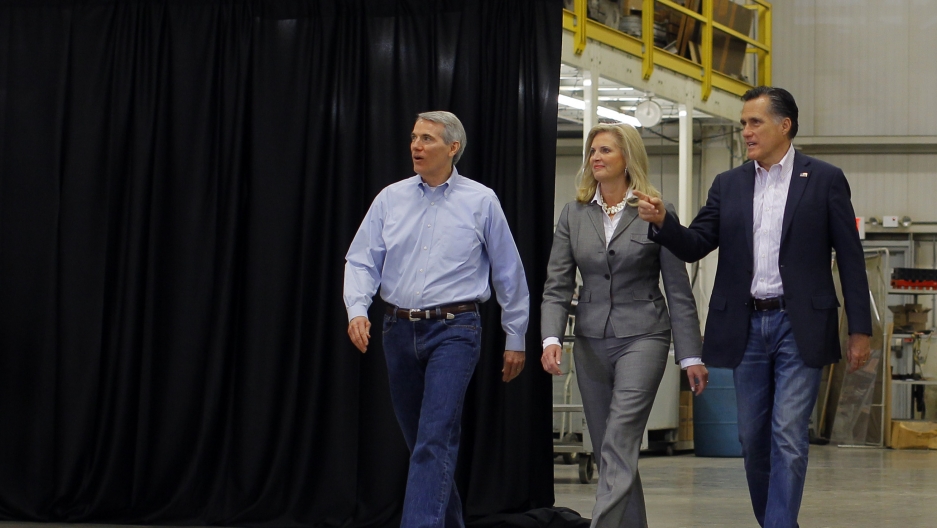 The latest polling shows that Rick Santorum's drive to be the Republican nominee for President of the United States may be running short of steam.

With Super Tuesday voting just hours away, Mitt Romney and Newt Gingrich are both surging, albeit in different states, and that surge is coming at the expense of Santorum. According to the latest polling analysis from The New York Times' FiveThirtyEight, Gingrich is poised to win Georgia, and perform well in Tennesse and Oklahoma. Romney is poised to win his home state of Massachusetts, as well as Ohio and Virginia. Santorum is trending in the wrong direction in virtually every state, but is still poised to win in Oklahoma, Tennessee and Wisconsin.

That's a far cry, though, from just a few days ago when Santorum enjoyed a commanding lead in Ohio and was second in Georgia. According to the Times, Santorum's support in Georgia, at least according to polls, has fallen so low that he would not be eligible to be awarded any statewide delegates.

Results are just as bad for Santorum on the national front as well. The latest polling average from RealClearPolitics.com has Romney enjoying his biggest lead since July and his greatest overall support in the campaign to date. Santorum, as little as two weeks ago, enjoyed a nearly 7 percentage point lead on Romney.

In virtually every state, Santorum's support has eroded since his losses last Tuesday in Arizona and Michigan. He also lost the Washington caucuses over the weekend, coming in third when he'd once been expected to perhaps win the state.

Idaho, North Dakota, Alaska and Vermont all also cast ballots on Super Tuesday, with Romney leading or tied for the lead in all four. Interestingly, however, Alaska presents perhaps Ron Paul's best chance for an electoral victory. Current polling has Romney and Paul with equal support in the state, followed closely by Santorum.