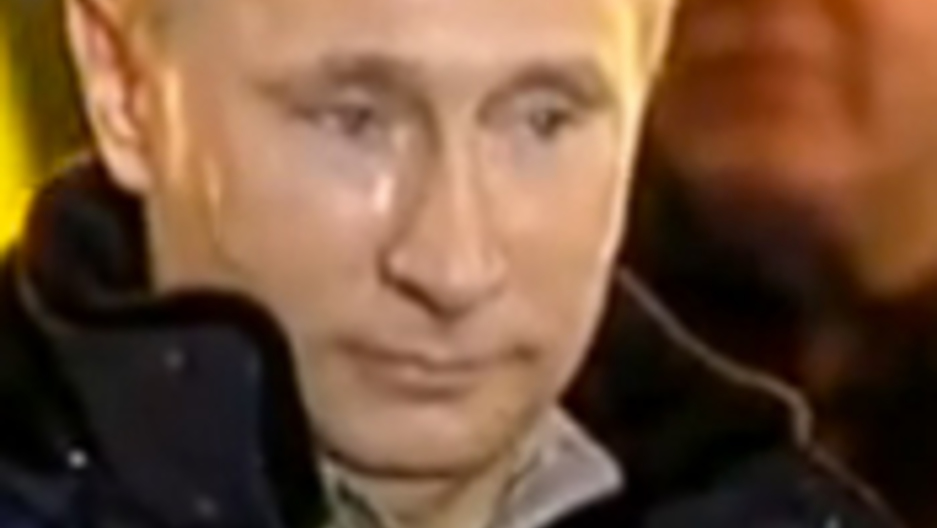 Vladimir Putin with tears in his eyes. (Photo: YouTube screenshot)

Share
World leaders walk a tightrope when it comes to displays of emotion- an army of pundits is ready to grade every word, every gesture: Is it too angry, too awkward, too weak? Crying, especially for a man, would seem to fall into that last category. Initially, Putin appeared to struggle for an explanation. He claimed that it was a icy gust of wind that brought tears to his eyes at Sunday's victory rally. When a reporter said, so the tears weren't real? Putin responded, "Well, it was real, but because of the wind." This probably wasn't a "Muskie Moment" for Putin. Edward Muskie is said to have lost the Democratic presidential nomination in 1972 for allegedly crying over character attacks on his wife–though Muskie, like Putin, blamed the weather for his tears. But House Speaker John Boehner has been nicknamed "Weeper of the House," for his tendency to blubber at everything from golf tournaments to honoring old astronauts. And it doesn't seem to have hurt him with his constituents. But a survey of weeping US politicians may not say much about Putin's tears. "I wish it was Bill Clinton's tear, which is a tear of like, 'I feel your pain,' but I doubt it was of that nature," says Svetlana Boym, an expert on Russian culture, and the author of The Future of Nostalgia. "In Russian culture there is an interesting expression, 'Sparse masculine tear.' Many heroes of Soviet novels were men of steel, yet they would often stoically come back, in those moments of emotion occasionally this sparse masculine tear would appear on their cheek. It struck me that Putin's tear was of that nature." Boym says that Putin's show of emotion appears much more shocking to Americans. "Foreign newspapers and media is making much more out of the tear than Russian media." But social media is a different story. What Putin was crying about– and whether it was authentic or a stunt– has become a hot topic on Twitter. Boym says that the level of irreverence is striking compared with the past. In the free-for-all, Russians are assigning the tear whatever meaning they want: some say Putin is crying because he knew he really lost the election, or because the Botox is leaking from the aging leader's face. Countless others played on the notion that with six more years of Putin, they should be the ones crying.