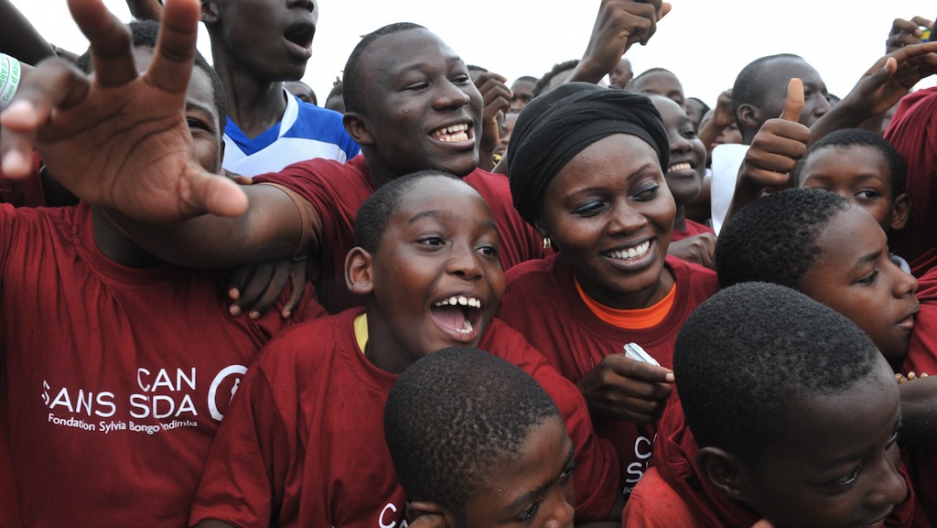 WASHINGTON — Something essential has faded from discussion of the world’s most lethal sexually transmitted epidemic: Sex.

That’s a shame. Only by understanding how illness spreads can the world hope to prevent it. It’s not possible to understand how HIV spreads — why in some places one in four adults have the virus, and in others one in a thousand do — without understanding how variations in sexual behavior inhibit or accelerate its path through societies.

As we discovered in researching our book, “Tinderbox: How the West Sparked the AIDS Epidemic and How the World Finally Can Overcome It,” the epidemic was born in a remote Central African forest near the beginning of the 20th century, at the height of colonialism’s destruction.

That’s when a virus common in chimpanzees spread to humans, likely when a hunter butchered a chimp for food, letting the virus pass into his body through a cut and becoming HIV. It followed new transport routes — porter paths, steamships lines, railroads — out to the rest of Africa and, eventually, the world.

But HIV didn’t spread equally everywhere. In some places the first flames of the epidemic landed in conditions that University of Arizona scientist Michael Worobey has called “wet moss” and all but died out. Other places they hit what he called a “tinderbox” and caught fire.

What are the elements of the tinderbox for the AIDS epidemic?

One powerful factor is whether a society circumcises its boys. Those that do so routinely, such as Jews and Muslims, have much less HIV because a man’s foreskin is much more vulnerable to infection than other parts of his body.

The same is true in the many parts of Africa where circumcision is an equally ancient and hallowed ritual. Yet there are other places, chiefly in southern and East Africa, where circumcision was not part of ethnic traditions, or fell away amid the rapid Westernization of the past two centuries, making these areas much more vulnerable to HIV.

Yet even more important in understanding the spread of AIDS is sexual behavior. In many parts of Africa, where polygamy was common for many centuries, people today are more likely to have more than one ongoing sex partner — a wife and a girlfriend, or a husband and a boyfriend — than in most other parts of the world.

Within Africa, the epidemic exploded in places that had both of these factors — high rates of multiple partners and low rates of circumcision — along with modern transport routes to speed HIV along increasingly vast sexual networks. These areas became tinderboxes for the epidemic.

The good news is that several of the hardest-hit African countries have experienced broad shifts in sexual behavior that caused the epidemic to slow measurably. This hasn’t required abstinence; rather substantial numbers of people across these societies have reduced their numbers of partners, causing sexual networks to weaken and break apart.

Millions of infections have been averted by these shifts in behavior. The most famous is Uganda, where the “Zero Grazing” campaign in the late 1980s urged men and women to stick to their primary sexual relationships. But similar transformations have been measured in Zimbabwe, Kenya, Malawi and beyond.

More from GlobalPost: South Africa's population would be 4.4 million larger without AIDS

Powerful antiviral drugs have, of course, allowed millions of people with HIV to live much longer, better lives. Over the last decade, this amazing medicine increasingly has reached Africans and others, without regard to their ability to pay.

There is increasing evidence that this dramatic expansion in drugs can help prevent HIV. People receiving effective treatment are less likely to infect others, and giving medicine to high-risk people who are not yet infected — such as partners of people with HIV — appears to reduce transmission.

But the most powerful way to fight HIV is to target the factors crucial to its spread. Thankfully, after nearly two decades of resistance, global health programs have embraced the power of safe, voluntary circumcision programs to make men and their partners safer. Hundreds of thousands of men have received this service, with the aid of the US government and other donors.

There is no similar record on campaigns to address sexual behavior. Efforts often have gotten tangled in distracting ideological debates over the usefulness of condom promotion or abstinence campaigns. What has become lost is serious discussion about one factor that already has a proven track record of reversing HIV in Africa: warning men and women about the risk of having several ongoing sex partners.

It’s a subject few Westerners have wanted to discuss, and science about variations in sexual behavior has long gotten bogged down in accusations that those who explore this issue are moralizers eager to impose their values on others.

But the only value that matters in this debate is saving lives. Speaking explicitly about the role of sexual behavior in the spread of HIV does that, as Africans themselves have already demonstrated in several nations. When donors such as the United States support these efforts rather than shy away from the subject, they can be more effective.

Let’s not allow unease with the subject to undermine efforts to turn the world’s tinderboxes for the AIDS epidemic back into wet moss.

Craig Timberg and Daniel Halperin are the authors of "Tinderbox: How the West Sparked the AIDS Epidemic and How the World Can Finally Overcome It," published by The Penguin Press on March 5. Timberg is the acting national security editor at The Washington Post. Halperin is an epidemiologist at the University of North Carolina.