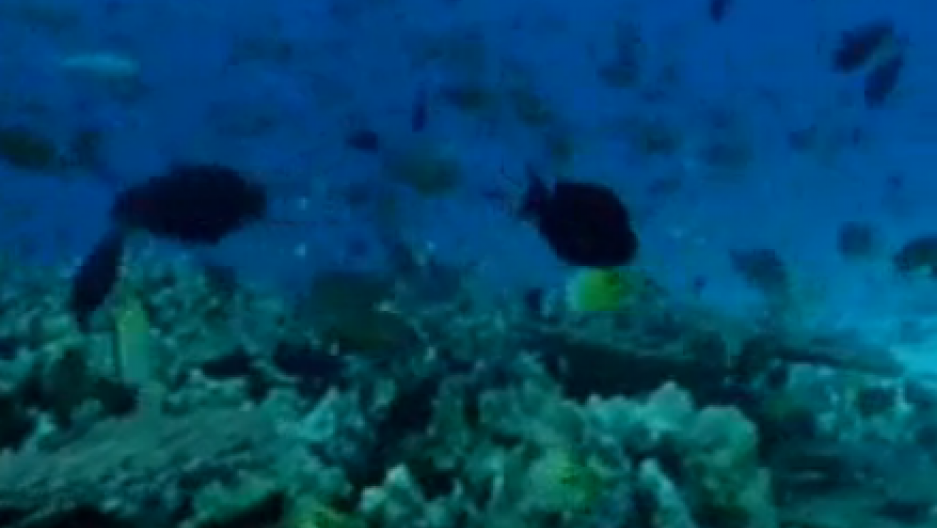 Coral and oysters could be at risk of extinction as the ocean's PH level rises from carbon dioxide released into the atmosphere. (Photo from Xinhua video.)

New research suggests that the world's oceans are turning acidic at a faster rate than was previously believed.

Researchers at Columbia University say the rates of acidification are unparalleled in the world's history. Oceans become acidic because they absorb about a quarter of all the carbon dioxide released into the earth's atmosphere. That CO2 lowers the ocean's PH level.

And the rate will only increase as more carbon dioxide is pumped into the world atmosphere.

Scientists in the study said if industrial carbon emissions continue at their present rate, oysters and coral could be extinct in the next 50 to 100 years.

What remains to be seen is the long-term effect of the elevated PH level, even if it stops increasing but merely stays where it is. More research will need to be done to get an prediction on that.