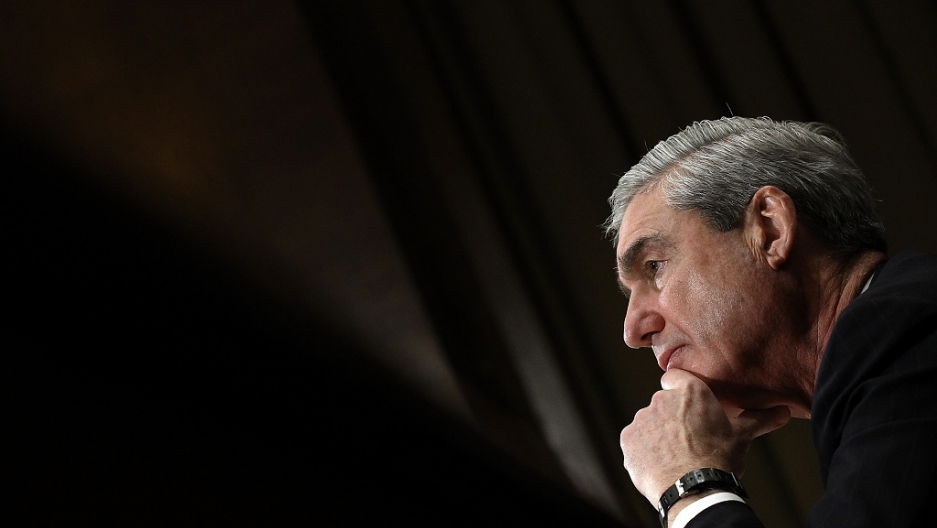 FBI Director Robert Mueller III testifies before the Senate Judiciary Committee during a oversight hearing on Capitol Hill December 14, 2011 in Washington, DC. Mueller testified on the over 2,500 open cases the FBI Corporate and Securities is probing for fraud after they are up close to 50 percent from 2008.
Credit: Win McNamee
Share

"In the not too distant future we anticipate that the cyber threat will pose the number one threat to our country," Mueller said during an address at the RSA 2012 conference in San Francisco.

"We need to take lessons learned from terrorism and apply them to cybercrime," he added.

When addressing the cyber threat looming over America’s security establishment, Mueller mentioned the growing technical expertise of groups like Al Qaeda and Somalia’s Harakat Al Shabaab as part of an online threat against the United States. Other parts of that threat include acts of digital espionage by foreign powers as well as “organized criminal syndicates.”

“…we confront hacktivists, organized criminal syndicates, hostile foreign nations that seek our state secrets and our trade secrets, and mercenaries willing to hack for the right price,” he said.

Mueller also encouraged the private sector to work alongside the government in matters of cyber security, especially in light of recent hacks by the Anonymous hacker collective against US-based intelligence firm Stratfor, and the subsequent publishing of the emails that were hacked by Wikileaks. In addition, he mentioned that the FBI was pushing for legislation on a national law that would force private companies, who may be afraid of tarnishing their reputations, to report cyber-security breaches to law enforcement and to consumers.

While failing to mention the collective by name, Mueller also characterized the threat he felt was posed by groups like Anonymous to national security. Lamenting the “good old days” of young boys hacking into computer systems for fun, he likened hacker collectives to traditional crime families.

Anonymous, a hacker collective similar to the “syndicates” mentioned by the FBI director, has embarrassed the Bureau with its “FuckFBIFriday” campaign. Most infamous of the Friday hacks was when Anonymous managed to listen in  on a teleconference between the FBI and Scotland Yard. It was recorded and posted on YouTube by account holders claiming affiliation with the collective.

Anonymous responded to Mueller’s statements on the Twitter account YourAnonNews, accusing the FBI of fear mongering by comparing the collective to terrorist groups like Al Qaeda.

“So according to the FBI's new logic, hacking a company is WORSE than an event like 9/11, which resulted in 1000s of deaths? #FearMongering,” read the tweet.

Anonymous also accused the NSA of similar fear mongering following statements made by Gen. Keith Alexander that the collective would be able to hack into the US power grid in two years.