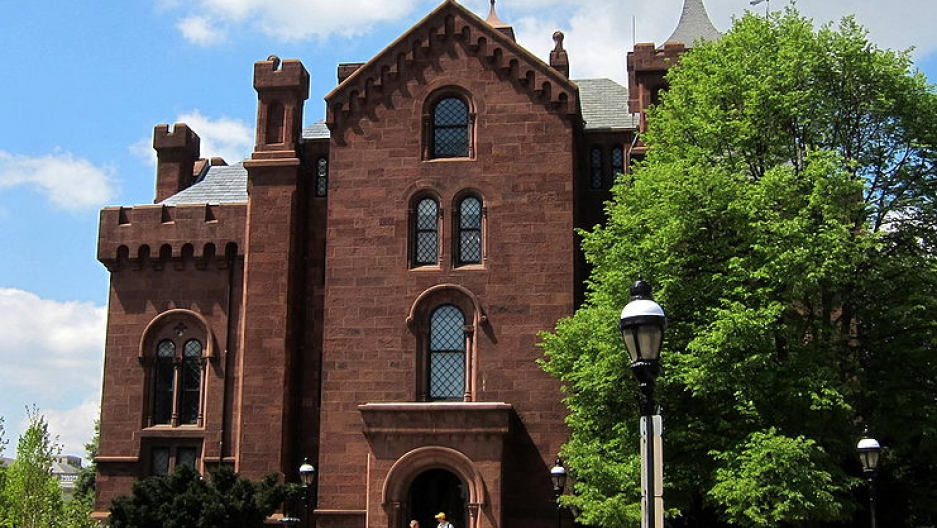 A researcher at the Smithsonian institute, pictured, has written a new book detailing his argument that the first Americans crossed Atlantic Ocean ice from Europe to be the continent's first settlers. (Photo by AgnosticPreachersKid via Wikimedia Comm

It’s the standing belief among most archaeologists that North America remained unpopulated until about 15,000 years ago, when Siberian people traveling over an Asian land-bridge traveled into Alaska and then moved down the West Coast.

But, in recent years, a series of surprising archeological finds at five sites along the Delaware, Maryland and Virginia coasts offered evidence of a different possibility. Prehistoric blades found on the Eastern Shore of Virginia and on Tilghman Island, Md., appear to closely match those used by stone age-Europeans — known as the Solutreans.

With this evidence, Dennis Stanford, an anthropologist at the Smithsonian Institute, put forward a radical new theory: That the first Americans didn’t come from Asia — they came from Europe. Stanford suggets they walked across an Atlantic Ocean ice bridge to reach North American shores from Europe about 22,000 years ago. They were hunting seals, he said, and moved from southwest Europe to the Americas.

"The evidence is primarily based on the similarities of the technology between the stone tools of Europe at that time and the stone tools that we're now finding on the eastern coast of North America, with the same dating," he said.

Stanford said this tells us that people were on the oceans and travelling to the Americas from many different directions — and starting earlier than we ever knew. It's an open question, then, as to who the first Americans really were.

"It's a question that everybody's interested in," Stanford said. "People are interested and it's a fun story and it tells how adventurous, unique and advanced people have been much earlier than we ever thought, particularly at sailing."

Though the transit would have been difficult, and long, it wouldn't have been as long as it is today. During the last ice age, Stanford said, sea levels fell 250 feet, making the ocean distance between Europe and North America just 1400 miles. By comparison, St. John's, Newfoundland and Shannon, Ireland, two of the closest points on the two continents today, are nearly 2600 miles apart.

"But I don't think they're getting in a boat and going directly across," Stanford said. "What they're doing is hunting seals and other water fowl and animals that live along that ice edge."

Stanford thinks they moved back and forth between Europe and North America for decades.

They formed a separate and distinct Native American culture, he said, distinct from the group that crossed the Bering Sea bridge and moved down the west coast, Stanford said.