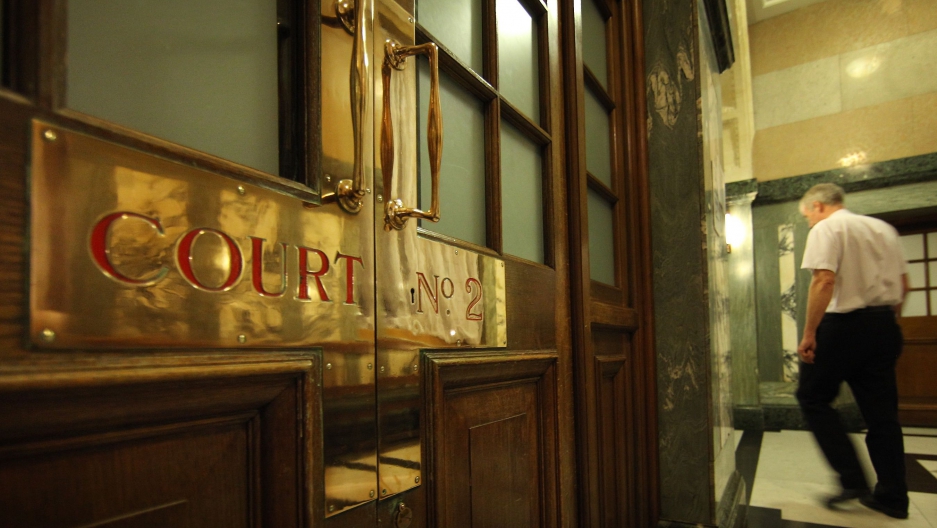 The Old Bailey jury in London heard that 15-year-old Kristy Bamu was tortured over four days with an “armory of weapons,” including metal bars, wooden poles and a pair of blood-stained pliers, before Eric Bikubi and Magalie Bamu finally drowned him in an exorcism ceremony.
Credit: Peter Macdiarmid
Share

LONDON – A couple who tortured and killed a 15-year-old boy they accused of witchcraft have been found guilty of murder.

Eric Bikubi and Magalie Bamu, both 28, drowned Bamu’s younger brother Kristy in a bath in their east London flat on Christmas Day, 2010, after violently abusing him for four days, The Guardian reported.

Kristy had travelled to London with two younger siblings from Paris to spend the Christmas holidays with his sister.

Bikubi, whom Kristy had thought of as an uncle, and Babu turned on the boy after he wet his pants, believing him to be possessed by evil spirits.

The Old Bailey jury in London heard that Kristy was then tortured over four days with an “armoury of weapons,” including knives, metal bars, wooden poles, a pair of blood-stained pliers, a hammer and a chisel, according to Sky News.

The couple deprived Kristy’s younger siblings of sleep during the prolonged attack, forcing them to fast, pray and join in with the beatings inflicted on their brother.

The boy eventually admitted to being a sorcerer in the hope that the torture would cease, and begged to be allowed to die. Bikubi and Babu then drowned him in their bath in a final exorcism ritual. Tests found that the teenager had suffered 101 injuries.

The couple, who were remanded in custody, are due to be sentenced on Monday, the BBC reports.

Judge David Paget, who was presiding over his last trial before retirement, exempted the jury of seven women and five men from jury service for the rest of their lives due to the “harrowing” nature of the case.

Bikubi’s defence team had argued he was mentally ill when he carried out the murder, but the prosecution rejected the plea.

Both Bikubi and Bamu hail from the Democratic Republic of Congo, where belief in the phenomenon of “kindoki” (witchcraft) is particularly strong.