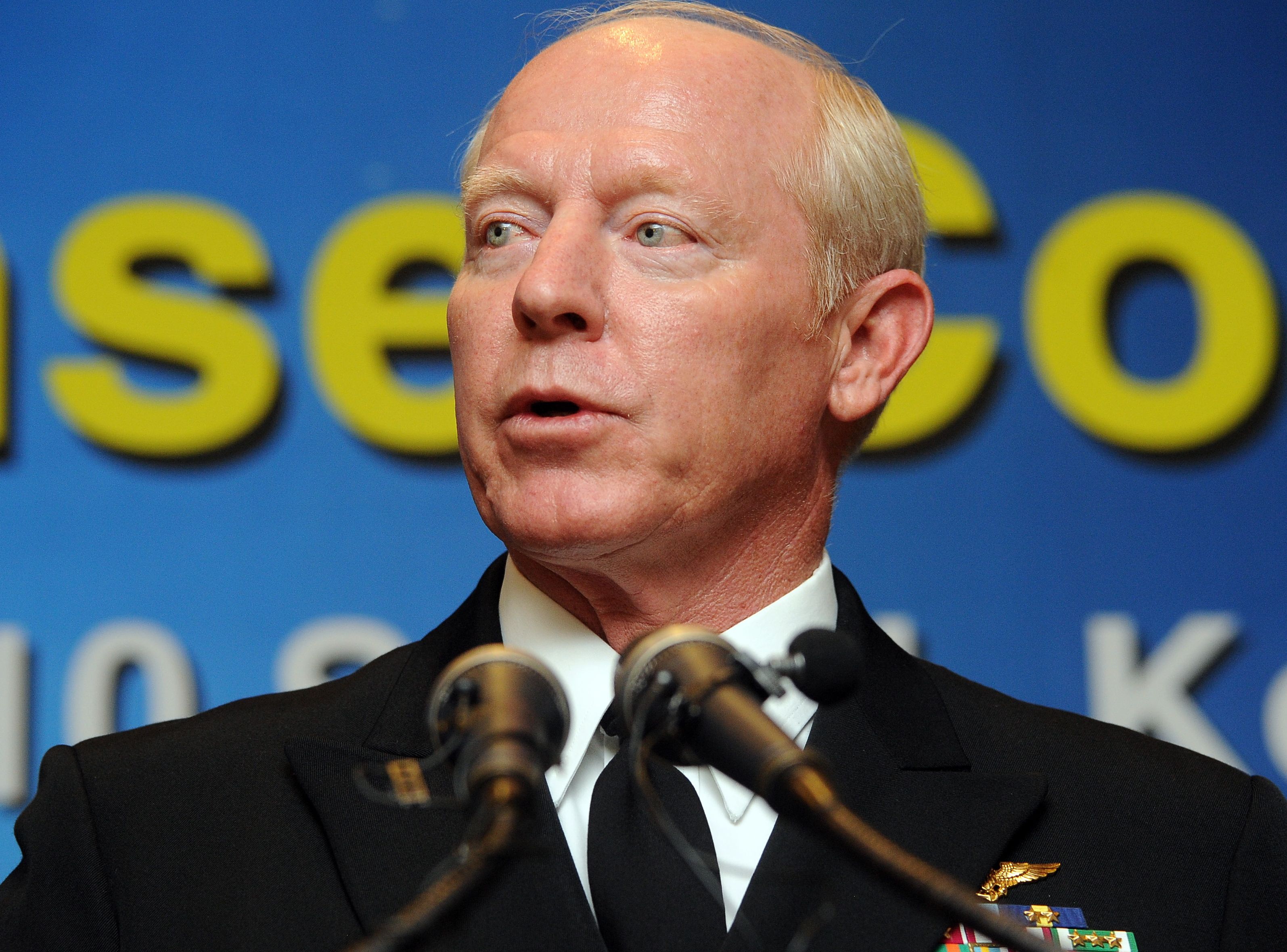 Admiral Robert Willard, commander of the US Pacific Fleet, made the comments to a Senate committee, saying conditions being discussed for the resumption of food aid to North Korea included talks on ending Pyongyang’s nuclear program.
Credit: PARK JI-HWAN
Share

US food aid for North Korea is now linked to political conditions, a senior US military official said Tuesday.

Admiral Robert Willard, commander of the US Pacific Fleet, made the comments to a Senate committee, saying conditions being discussed for the resumption of food aid to North Korea included talks on ending the country’s nuclear program, the BBC reported.

The commander's comments directly contradict stated US policy that the two issues are kept separate.

North Korea relies on its international aid to feed its citizens. Amid reports by Christian aid groups of widespread hunger, the US State Department has repeatedly denied it is linking the country’s requests for food to politics, and insists it only assesses humanitarian needs, according to the Agence France Presse.

“There are conditions that are going along with the negotiations with regard to the extent of food aid,” Willard told the US Senate Armed Forces Committee, adding that “preconditions” for assistance “now include discussions of cessation of nuclearization and ballistic missile testing and the allowance of IAEA perhaps back into Yongbyon [reactor].”

International Atomic Energy Agency inspectors were kicked out of Yongbyon in 2009 after denuclearization talks broke down between North Korea and its ‘dialogue partners’ – the US, China, Russia, South Korea and Japan.

It is unclear whether the Admiral’s comments reflected a shift in US policy. On Monday State Department spokeswoman Victoria Nuland reiterated that food aid was not linked to the nuclear issue, although she admitted it had been discussed at US-North Korea negotiations on the Pyongyang’s nuclear program last week in Beijing, according to Fox News.

The Beijing talks were the first since the death of North Korea’s longtime dictator Kim Jong Il in December. Glyn Davies, the US envoy on North Korea, reported that “a little bit of progress” had been made, but downplayed hopes of any immediate resolution of the nuclear standoff.