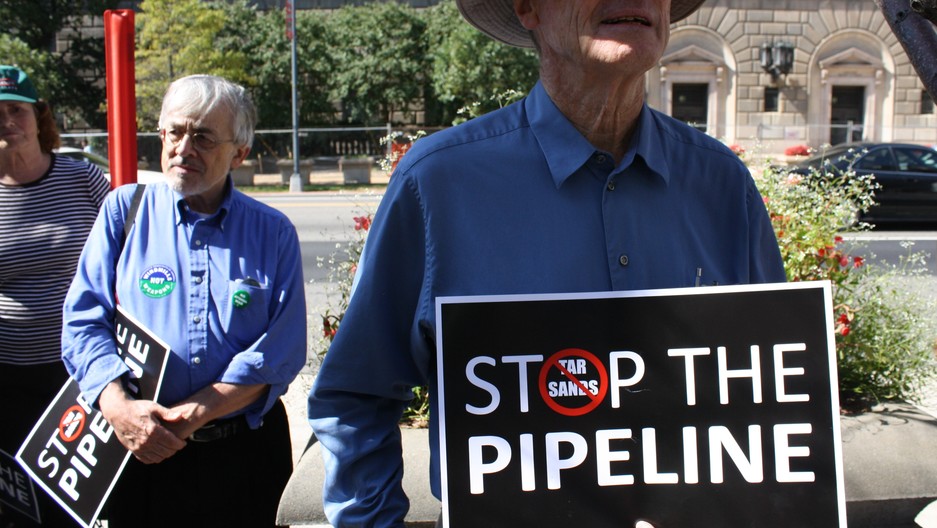 TransCanada is drawing the ire of environmentalists and libertarians alike by moving forward with development for its proposed Keystone XL Pipeline.

Despite having its application for a permit to build denied back in January by President Barack Obama, who cited environmental concerns in his decision, the company has recently been approved to build a pipeline from Oklahoma to Texas. Texas landowners are upset with TransCanada for crossing into their privately owned land for construction. The company claims it has a right to do so under eminent domain.

Part of the Fifth Amendment to the U.S. Constitution, eminent domain allows for the federal government and the states to take privately owned land for "public use." It is unclear whether or not the Keystone Pipeline would service the public.

"It looks, in a lot of ways, like other things that have always been allowed as public uses like utilities — cable companies, power companies, there’s easements all over the place of these things buried underground that were taken by eminent domain," said Dave Breemer, a property attorney for the Pacific Legal Foundation. "But this case is strange in my opinion because the pipeline hasn’t even been approved and they’re going around taking people’s property, and I think that gives it a whole new gloss where something doesn’t smell right."

Since last October, TransCanada has been seizing land alone the path of the proposed pipeline. According to Debra Medina, director of We Texans, many landowners thought the President's rejection of the company's application would halt it from taking more land, but that hasn't happened. Instead, landowners seek to extend a restraining order that has prevented TransCanada from building on their land.

While eminent domain requires just compensation, Medina claims landowners are more concerned with TransCanada's contract than the amount of compensation they will receive.

There are environmental concerns as well, because construction is required, and the pipeline woud be transporting crude oil.

"I think from landowners, we’re hearing a number of those sorts of concerns. One gentleman has 66, 100-year-old trees that are going to be removed from his property in order to clear a path. And safety concerns. People want to know about possible water contamination — the company has had some leaks on the Keystone 1 and they’re concerned about that," Medina said.

TransCanada believes that under Texas' laws of eminent domain, it is within its rights to seize and condemn property and that the restraining order is unjust. The company maintains that the project will benefit Americans by creating new jobs, and it looks to continue construction along the southern leg of the project.

Many Republicans, such as House Speaker John Boehner, are urging Obama to fully approve the permit to build the Keystone XL Pipeline, part of a growing energy issue in the upcoming U.S. Presidential Election.